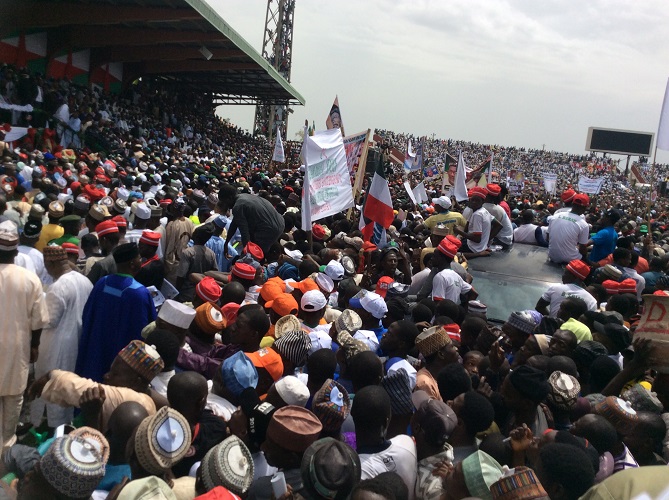 Bauchi state government has assured it will partner with federal government  to construct culvert and rehabilitate part of the Bauchi  Gombe road at Lariski  Village,Kirifi local government,Bauchi state.

The road was almost completely cut off by flood during the Wednesday June 5,2019 heavy downpour that also destroyed some residential houses across the state.

The Governor who said his administration is committed to meeting the needs of his people,added that” agricultural is one the areas that will create job opportunities”.

Earlier,Mr.Steven Abubakar,Permanent Secretary,Ministry of Works and Housing had informed that”the ministry’s quick intervention was to avoid escalation of the effect portion of the road”.

The project site engineer,Mr  Shar Ben had also told  the governor that “all necessary materials have been mobilized to to the site to ensure it’s timely completion”