Coach Gernot Rohr has rung five changes in the Super Eagles’ line-up as the three-time African champions look forward to a Group B encounter against Madagascar in the Africa Cup of Nations on Sunday.

Both sides clash at the Alexandria Stadium with contrasting pictures in their heads before kick-off.

Nigeria are comfortable and already have a ticket into the round 16 with six points from their first two matches in the group phase, while Madagascar have four points and must record a positive result to be sure of a place in the last 16. 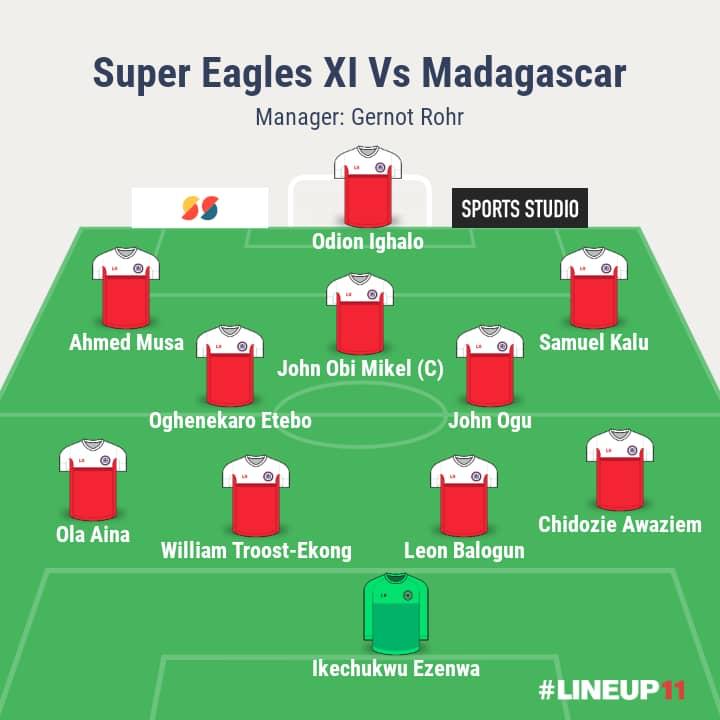 Leon Balogun and William Troost-Ekong will play as centre-backs while Ola Aina and Chidozie Awaziem will operate as left and right backs respectively.

John Obi Mikel, Oghenekaro Etebo and John Ogu are the three midfielders named for the game.

Odion Ighalo will lead the line for the Eagles and will be ably supported by Samuel Kalu and Ahmed Musa.

Nigeria’s six points have come from wins over Burundi and Guinea.