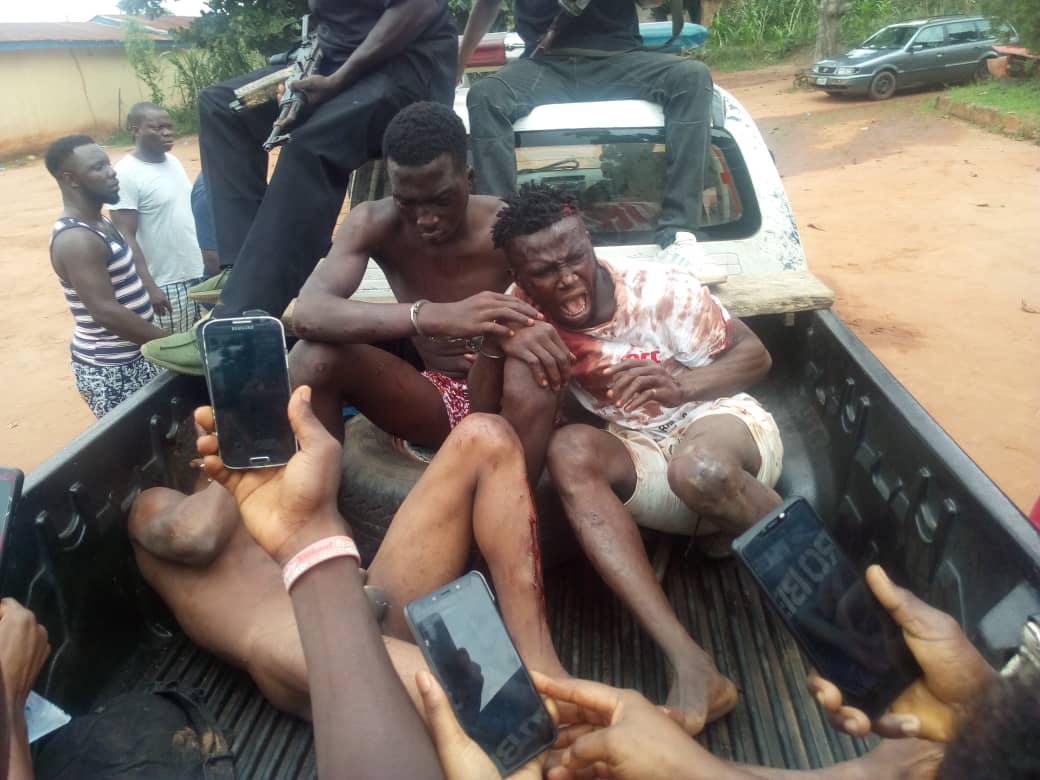 Brave youths of Benin Technical College (BTC) community in Benin, Edo state, and members of the Redeemed Christian Church of God (RCCG), on Sunday rescued a pastor of the church who was abducted by a three-man kidnap gang.

Abductors of the victim, simply identified as Pastor Ayo, in charge of Ologbosere parish, in Egor local government area of the State, were later apprehended by youths and vigilance men of the community who have them a hot chase.

It was gathered that the suspects who specialize in robbing residents and unsuspecting worshippers on a daily basis, swooped on the community as early as 7.30 am.

A resident of the area who craved anonymity, said the BTC community has been under siege of hoodlums who terrorize members of the several churches in the area.

He related that the suspects had earlier snatched a Toyota Camry car from its owner, but later abandoned it behind Church of God Mission Internagional (CGMi), in the area.

Our correspondent learnt that the hoodlums later proceeded to the Redeemed Christian Church God (RCCG), where they dispossessed worshippers of their money, phones, other valuables and abducted the pastor, whom whisked him away in his Nissan Xtera SUV with registration Number, LAGOS: EKY 353 CA.

Luck however ran out of the three-man gang when the youths, the vigilance men and some of the worshippers gave them a hot chase, resulting in the rescue of the RCCG pastor and the arrest of his abductors.

Leader of the vigilante group who asked not to be named in print, said it “took the timely intervention of the community youths, worshippers who chased the hoodlums until they abandon the pastor’s vehicle and the pastor.”

He added that the hoodlums terrorising the community “are notorious for snatching cars at various churches during church service.”

Items allegedly recovered from the suspects include two double barrel-cut-to size guns, a camry car and the Nissan SUV belonging to the RCCG Pastor.

At the time of filing this report, identities of the suspects could not be ascertained, as the Okhoro  divisional police station acting on the orders of the state police commissioner had taken the suspects to police headquarters in the state.

Effort to reach the RCCG pastor was unsuccessful as he was said to be receiving medical attention in an undisclosed hospital following injuries sustained during the kidnap attempt.

It was gathered that the timely intervention of the Edo state Police Commissioner, Mr. Mohammed DanMallam, saved the suspects from being lynched to death by angry youths in the community.

The suspects were later transferred​ from the Okhoro divisional police station to the State police headquarters for further investigation.