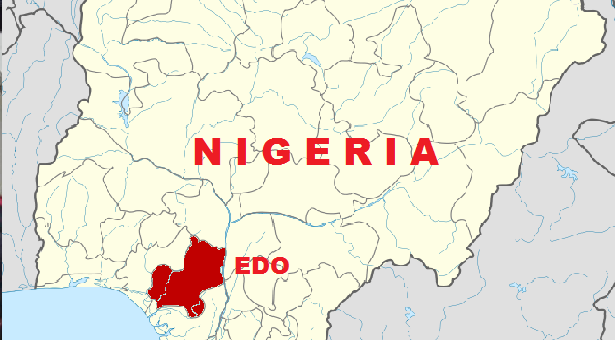 Gunmen suspected to be herdsmen have allegedly shot and killed a passenger at Okada junction, Benin/Lagos highway, during the weekend

Seven other passengers were also said to have been abducted by the hoodlums who allegedly hijacked the bus in which they were travelling.

Meanwhile, police in Benin, however confirmed that the driver of one of the victims disclosed that the bus which belongs to one of the popular transport companies based in Benin, have been rescued by its operatives.

The driver of the bus was said to have dashed into the bush, along with four other brave passengers.

It was gathered that the bus which took off from Ajah, in Lagos, and was heading for Uyo, in Akwa Ibom State, ran into the armed hersdmen who laid a siege on the highway, robbing and kidnapping innocent travelers.

The Edo State Commissioner of Police, Mohammed DanMallam, confirmed the abduction and the death of the passenger in a telephone interview.

He said that the ill-fated passenger died during an escape bid when the victims were being marched into the forest by the kidnappers.

The Edo Police boss explained that policemen at the nearest checkpoint were immediately deployed to dislodged the hoodlums and rescue the victims.

He said: “The police were able to rescue the victims unhurt but unfortunately one of the passengers who tried to escape during the abduction was killed by the gunmen. The police went after the kidnappers in the bush and succeeded in rescuing the victims.”