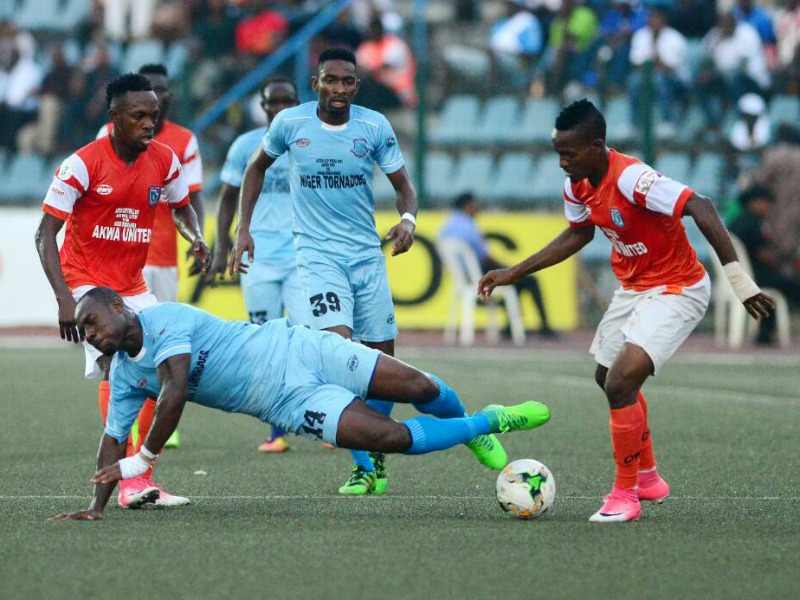 The Niger Tornadoes FC of Minna on Wednesday defeated visiting Mountain of Fire and Miracle (MFM) FC of Lagos by 1-0in the Nigeria Professional Football League (NPFL) played in Minna.
The News Agency of Nigeria (NAN) reports that the match day 20 was played at the Bako Kontagora Memorial Stadium in Minna.
Saraki Ismaila, scored the only goal of the encounter in the 2nd minute of the game.
The Lagos boys tried in vain to get an equaliser in the first half but the defenders of the home team stopped them with confidence.
The second half of the match was filled with intrigues and excitement as both clubs tried to score and show supremacy over the other.
Coach Isyaku Iliyasu, Assistant Coach of Niger Tornadoes thanked God that the club secured the maximum three points in the game.
Iliyasu said that the club takes every match seriously, adding that the club would now work toward winning its remaining two matches before the end of the league to enable it escape relegation.
Similarly, Coach Martin Elechi of MFM admitted that the match was a good one but his team lost.
Elechi attributed the defeat to injuries which affected some of his key players in their previous matches.
He however, said that the club would now focuse on winning its remaining two matches to enable it feature in the Super Six championship.
NAN reports that Tornadoes is currently on 10th position on the league table with 20 points, while MFM is on 4th position with 29 points.