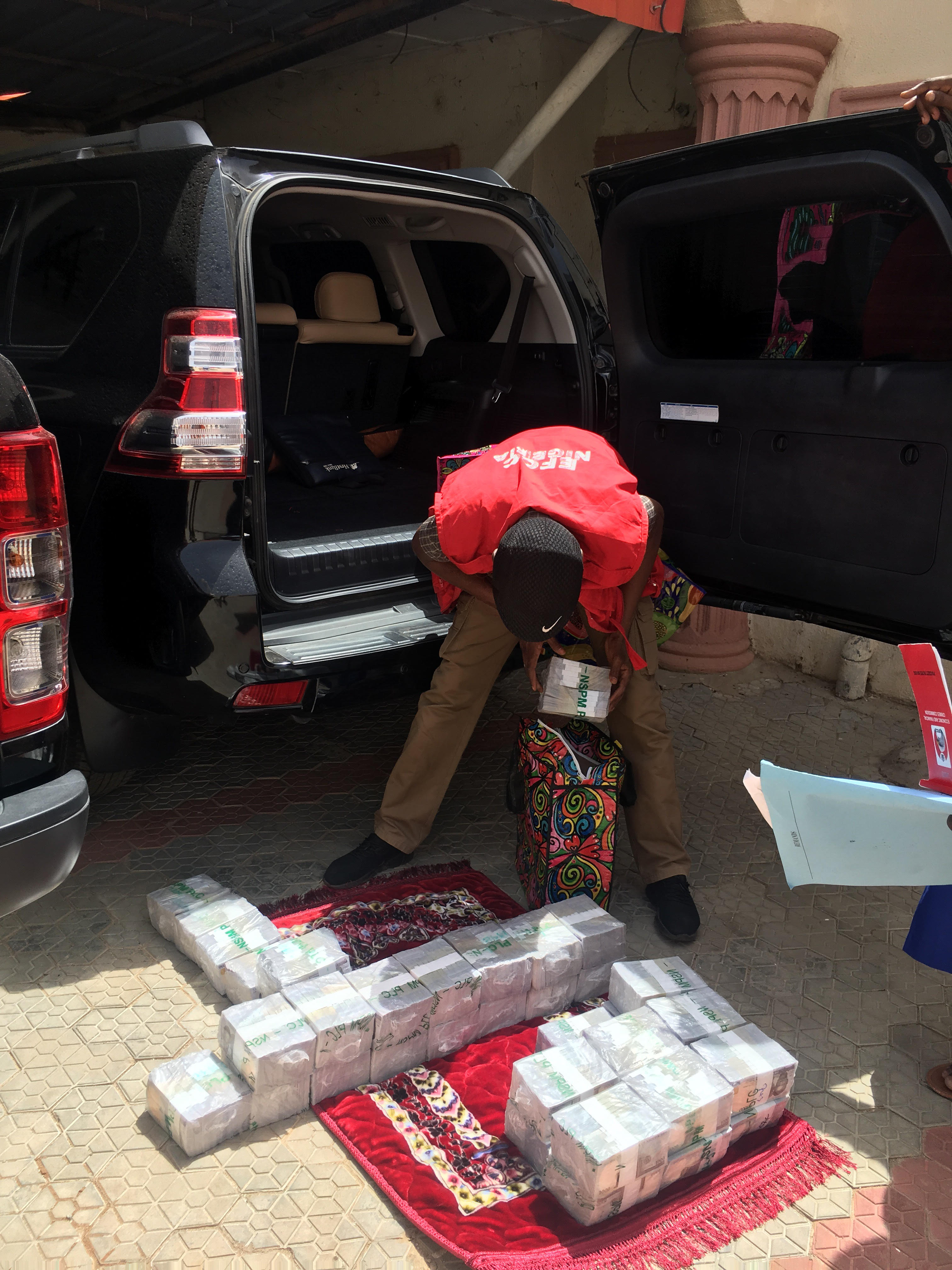 The suspect Murtala Muhammad who is alleged to be a brother to Secretary to the Zamfara State Government, Professor Abdullahi Shinkafi, was arrested at No.145 Igala Hausing Estate, Off Byepass Road, Gusau, Zamfara State, by the operatives of the Commission.

Items recovered from him at the point of arrest include: one Black Toyota Land Cruiser Prado Jeep with registration number DKA 67 PX Kaduna loaded with 4 bags of Ghana Must go containing One Thousand Naira Note of Fifteen Million Naira each, totalling to Sixty Million Naira; One single barrel gun; One locally made Revolve Pistol, 25 rounds of cartridges and 12 rounds of 12.9mm live ammunitions. 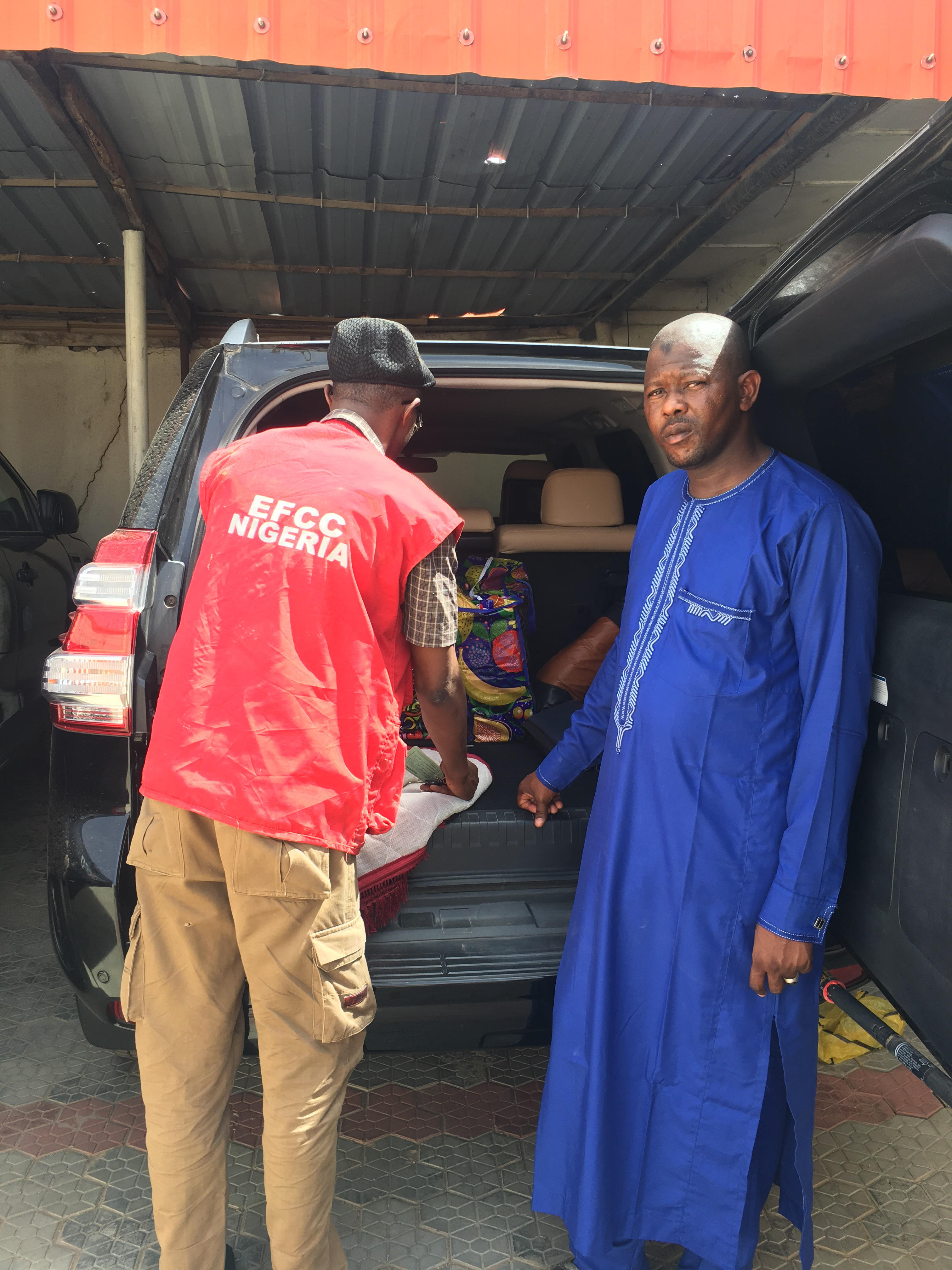 He will be charged to court as soon as investigation is completed.