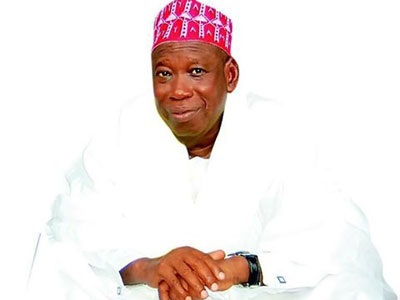 The Commander 3 Brigade, Nigerian Army, Brigadier-General Bamidele Ali Alabi has said that the military are well prepared to protect Kano state against any form of banditry, including kidnapping, armed robbery, cattle rustling and acts of terrorism.

The Army boss spoke on Tuesday while receiving the executive members of the Correspondent Chapel, Kano state chapter of Nigerian Union of Journalists (NUJ) in his office at Bukavu Barracks.

According to him, the military is combat-ready to deal with  bandits perpetrating criminal activities in neighbouring states of Zamfara, Katsina, Kaduna and Sokoto, who are planning to infiltrate  Kano.

He stated that,  “Kano is not a place that you allow things to escalate. We operate by the rules of engagement. Already, the Chief of Army Staff has approved a joint-task force here in Kano and Jigawa, and we have been operating in synergy with sister security agencies.

“We always allow the police to move in first; and when our services are needed, we are always around the come in and do the needful.”

According to him, “just yesterday (Monday, 27 May), we were at the Karaye Emirate where we held a security seminar. All security agencies were fully represented. I was there in person. The Governor, Dr. Abdullahi Umar Ganduje was also there.

“The Emir of Karaye, District Heads, Village  Heads and other stakeholders were there and our discussions were very fruitful. I assure you that the military is ready to play its own part to ensure that Kano remains peaceful.”

Brigadier-General Alabi, however, underscored the role of the media in peace and order in the society, pointing out that the military recognize such roles and would always want to work in synergy with the media to ensure a peaceful and crime-free society.

According to him, “we commend journalists in Kano for their high sense of professionalism. For the short time I have spent here, I can attest to the fact that you people are not sentimental or sensational in your reportage; and I want you to keep it up.

“The military has always work together with the media. Media operation remains one of our most tactical training. Media is a very important component of military operation. I promise you that the Brigade will continue to provide full support to the media.”

Speaking earlier, the chairman of Kano NUJ Correspondent Chapel, Comrade Ibrahim Garba Shuaibu, said they were at 3 Brigade to renew the existing cordial relationship between the military and working journalists in Kano.

According to him, “for so long, we have been working hand-in-hand with the military while carrying out our duty as Journalists.”

Comrade Shuaibu further pointed out that, “tackling security challenges is one of the Nigerian Army’s major concern. Issues of kidnaping, cattle rustling, armed robbery and other forms of banditry are on the increase in some parts of the country.

” We are not unaware of the military’s efforts in curbing these menace; and that is why we want to work in synergy with you to ensure a peaceful, crime-free and better society.”