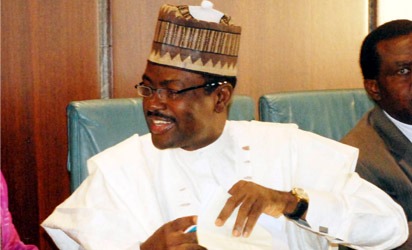 United Christian Assembly wishes to express deep concern over the continuous conspiracy to deny Christians the Governorship seat of Nasarawa State over the years and this must not be the case come 2019.

Since the creation of Nasarawa state by the late Gen. Sani Abacha military regime in 1996, the state with over 60 percent Christian population has continued to be ruled by the Muslims.

The Muslims have claimed that the state, created out of Plateau, is specifically meant for them and so no Christian would ever govern the state. Going by the three democratically elected governors produced by the state so far, it is indeed true that the Muslims have foisted an Islamic agenda on a state that has an overwhelming Christian population.

For instance, the first democratically elected Governor of the state, Alh. Abdullahi Adamu, a Muslim ruled between 1999-2007. He handed over to his Muslim brother, Alh. Aliyu Akwe Doma, who govern 2007-2011. The incumbent Governor, Umaru Tanko Al-Makura, who is another Muslim took over from him the late Akwe Doma in 2011 and will be completing his second tenure by May 29th, 2019. Already, his party, the APC has given its governorship ticket to another Muslim, a non- indigene, Engr. Abdullahi Sule.

Regrettably the problem of the Christian community in the state as far as the governorship is concerned is believed to have been compounded by its own son, Mr. Labaran Maku. This is because Maku stood firmly against the impeachment of the incumbent Governor Al-Makura by the State House of Assembly in 2014. He used his position as Minister of Information to influence President Goodluck Jonathan who prevailed of the state lawmakers to jettison the impeachment saga. If Maku had allowed the impeachment to take place, the then Deputy Governor, Damishi Barau Luka, who is a Christian would have automatically stepped in as the Governor. Maku believed that if the Deputy Governor, who comes from the same zone became governor, his ambition of becoming governor in 2015 will not be realized.

Again, the 2015 general elections was another opportunity for Christians in the state to produce a Governor but Mr. Maku still thwarted it when he resigned as a minister to contest against his elder brother, Senator Solomon Ewuga, causing a split of the Christian support base to the advantage of the Muslim candidate in the PDP primaries and crossed over to an unknown party without any structures which led to his eventual and predictable loss in the general elections.

All efforts by PDP stakeholders in Nasarawa State to prevail on Labaran Maku to join the party which is the surest platform for a Christian to emerge as governor, was fruitless, as Maku vehemently refused the opportunity.

Today PDP has produced a vibrant candidate who is young and dynamic, widely acceptable, a trailblazer with intimidating credentials, Maku’s own brother (Eggon) and a passionate and committed Christian. Sadly still, Maku has deployed his propaganda machinery to blackmail the qualified and more suitable fellow believer who stands a better chance of winning the elections with all sorts of unfounded and malicious allegations.

We therefore appeal to stakeholders especially those of the Christian community within and outside the state should note that Maku is about causing another split of Christian votes which may eventually give the APC (Muslim) candidate an edge in the 2019 governorship election as a house divided against itself can certainly not stand and that is why stakeholders must do the needful so as to avert the looming loss of the governorship slot for the umpteen time.