The above question is bogging the minds of Nigerians and begging for answer from the Federal Ministry of Science and Technology and the National Assembly. Checks on the appropriation list for the 2017 as it concerns the Federal Ministry of Science and Technology showed that the 28th item of the 36 listed items as projects to be executed by the Ministry is titled Fencing/interlocking of ID’ EL MOSQUE in Ajingi, Gaya and AL BASU, Kano State. This item with code number NBARR54859433 is to gulp one hundred and two million naira (#120,000,000).

The question is when and how come that building or rehabilitating a mosque became part of the responsibility of a Ministry that should be thinking on how the nation should be placed on the world map as a leader in scientific development and technological breakthrough. Nigeria is challenged in so many areas that require scientific solutions. There is the challenge of food production for national sustenance. National security is a challenge that require breakthrough in military soft and hardware development. Natural disasters are rife that scientific breakthroughs in predictions and mitigation of effects strategies are needed.  Unfortunately much has not been accomplished on the core mandate of the ministry. To show such interest in fencing and interlocking prayer grounds and mosques is a clear demonstration of lack of clarity on the core mandate of the ministry by those at the helm of affairs.

Perhaps, the Ministry thinks that we need more comfortable prayer grounds than research programs, or more prayers are required to solve intractable national problems than scientific solutions. Granted that religion is integral part of man and that it is common for man to appreciate his maker by building a worship place for him which perhaps is the intention of the honorable minister and his staff; but a check shows that Ajingi, Gaya and Al Basu in Kano State does not host the Federal Ministry of Science and Technology nor any of its parastatals or agencies. So what informed the interest of the ministry to fence and interlock the mosque is what needed to be explained. It is obvious that the ministry cannot claim to be discharging a social responsibility as there is no obligation whatsoever.

Somebody must explain what informed the appropriation of a whooping sum of one hundred and twenty million naira foe fencing and interlocking a mosque in Kano State by the Federal Ministry of Science and Technology. Did the Ministry budget estimate defended by the honorable Minister contain this item? If it did, how did Dr Ogbonnaya Onu convince the National Assembly that rehabilitation of a mosque in Kano State is a priority to his ministry? How come the national assembly appropriation committee was convinced that this project is a priority to this ministry in this year of economic recession? Of course, anything is possible when it comes to budget appropriation politics in the national assembly. In the past there was an issue of bribe for budget increase by an education minister.

Assuming the above scenario played out at the committee stage, how come at the plenary the national assembly was convinced that the Federal Ministry of Science and Technology should now take up the responsibility of rehabilitating mosques starting with the Ajingi mosque. Or was it a case of smuggling and padding that is also common with the national assembly. If it was, who actually did the smuggling and padding? Whose constituency project is the Ajingi mosque and what is the person’s relationship with the Federal ministry of Science and Technology to be the conduit.

Some key players must explain to the nation what happened. The honorable Minister of Science and Technology, Dr Ogbonnaya Onu  owes the nation explanation on how his ministry’s mandate included building and or rehabilitating mosques in the country. In the same vein the joint chairman national assembly committee on appropriation, his Excellency, the former governor of Gombe State, Senator Danjuma Goje owes the nation explanation for not querying the appropriation of the sum of one hundred and twenty million naira to the ministry that should have nothing to do with religious affairs to fence and interlock a mosque. Similarly, the national assembly need to convince the nation on the propriety of this project in the ministry. Finally, the Acting President that signed the budget into law must show his conviction about the necessity of this project.

At this juncture, we call on the executive to demonstrate its non-culpability by withholding release for this subhead in the budget. Also we call on Nigerians to say no to this flagrant misappropriation and misplacement of priority by a ministry that should preoccupy itself with how to take Nigeria to the moon.

Generally speaking, it sounds ludicrous and a show of shame for those who must propagate their religion using all the machinery of government to drag a ministry which in no way should be involved in religious matters into public opprobrium by this act. Wouldn’t they have continued with their open and other clandestine methods and spare this Ministry this national and international embarrassment. 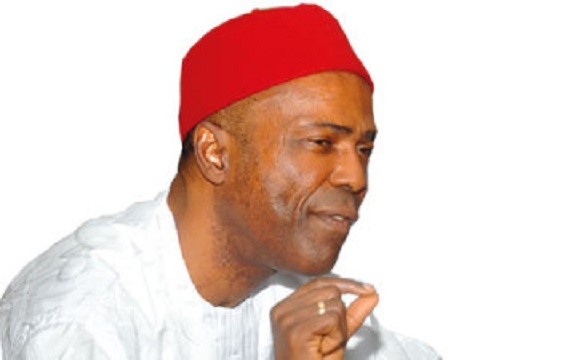