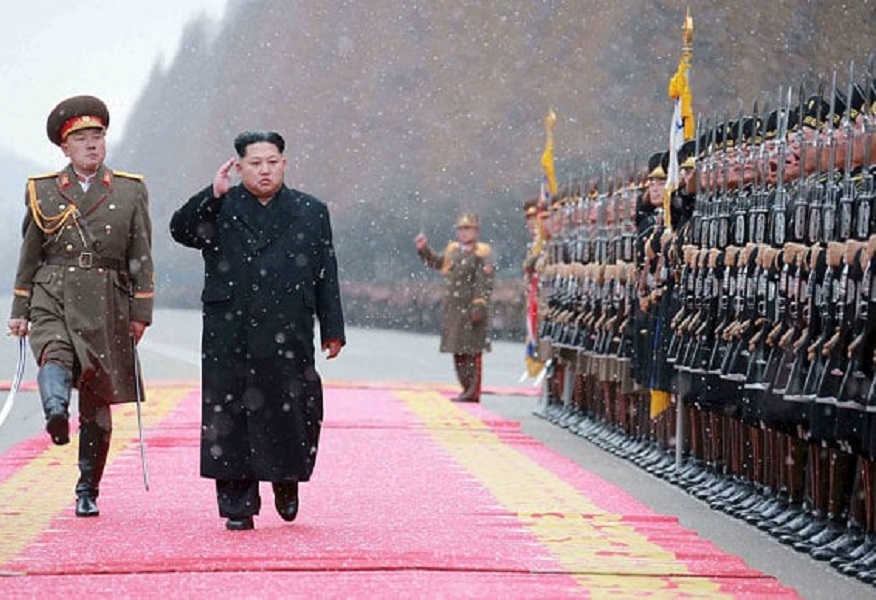 In a statement released today through the Korean Central News Agency, a state-run media outlet, Gen. Kim Rak Gyom, commander of the Strategic Force of the Korean People’s Army, said Trump’s comments fail to grasp the ongoing situation, calling the U.S. president a “guy bereft of reason” and saying he is “extremely getting on the nerves” of the country’s army.

“[O]nly absolute force can work on him,” the statement reads.

The statement added that the country is still examining a possible strike on waters near Guam “to signal a crucial warning to the U.S.” North Korea previously said Tuesday in response to Trump’s remarks it was considering a strike on the U.S. territory in the western Pacific that would create “an enveloping fire.” Guam is home to a key Air Force base.

The statement concluded by saying that the country will be “closely watching the speech and behavior of the U.S.”

Speaking from Bedminster, New Jersey, on Tuesday, Trump used strong language to caution North Korea against making any further threats against the U.S.

“North Korea best not make any more threats to the United States. They will be met with fire and fury like the world has never seen. He has been very threatening — beyond a normal statement — and as I said, they will be met with fire, fury and, frankly, power the likes of which the world has never seen before,” Trump said, referring to North Korean leader Kim Jong Un.

On Wednesday, U.S. Secretary of Defense James Mattis added to the increasingly heated rhetoric, urging North Korea’s leader to “take heed” of the United Nations Security Council’s “unified voice,” referring to recent sanctions issued against the nation. Mattis also called for the country to “cease any consideration of actions that would lead to the end of its regime and the destruction of its people.”

Members of the U.S. intelligence community believe that North Korea’s nuclear capabilities may be more advanced than initially thought and the country might have developed the technology to miniaturize a nuclear warhead so it can be placed inside an intercontinental ballistic missile, a U.S. official told ABC News on Tuesday. The Washington Post first reported the news, citing a July 28 report by the Defense Intelligence Agency about North Korea’s capabilities.