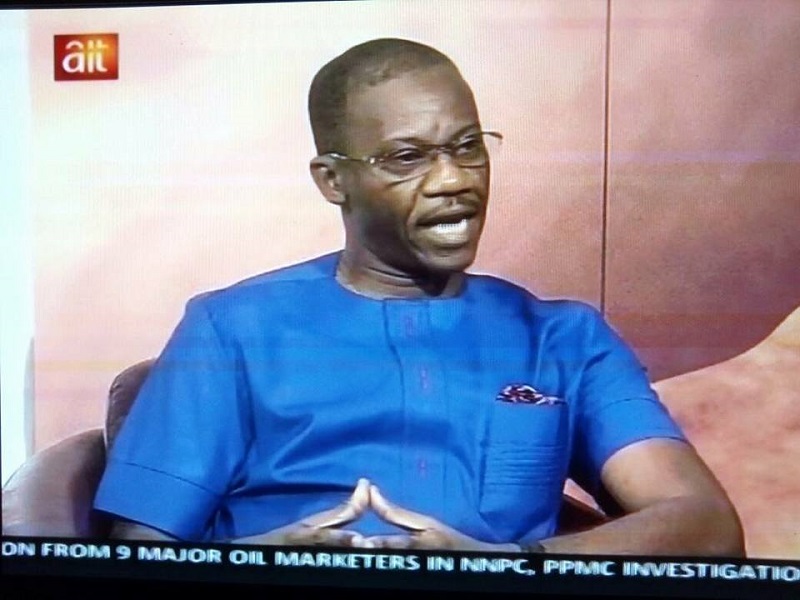 In this interview, Charles Udoh, Commissioner for Information and Strategy Akwa Ibom State on AIT breakfast show, KAKAAKI, opens up on numerous efforts of the Governor Udom Emmanuel-led administration towards industrialization:

Two years on, how has the administration of Governor Udom Emmanuel fared?

We are ensuring that through agriculture tourism becomes one of the main stay of the state, today we are looking at a state where we are providing an enabling environment to drive these processes, and some of these enabling environment processes include building roads. Some gentlemen jokingly said to me yesterday that, “there is a mini national miracle in Akwa Ibom State” and we have an average of 18 hours of electricity in Uyo. This is coming from the injection power sub-station that was executed by His Excellency, Governor Udom Emmanuel, and you know that power has been the major challenge in Nigeria and it’s a major miracle to happen in Akwa Ibom state. Our Governor is focused on building roads; we have a lot of roads. That’s why the Governor is focused on building roads that connect the production centres to the economic centres of the State. These roads also connect the agriculture centres to the commercial centres of the state. Now if this happens it means that people who have farms in the State can evacuate their product easily and faster. We will also realize that one of the major challenges we are having is price of food stuffs, if you remove agriculture, price control will not work, what do we do? We are simply applying the demand and supply. That’s why the Government is investing in agriculture that’s why the Government provides free fertilizers and seedlings to farmers and also ensures that these farmers are well trained. The Government has trained over four hundred indigenes on pruning Cocoa. Remember in Nigeria when Akwa Ibom State was a major player in that field; we want to go back to those days.

Talking about industrialization, what drives Industrialization? Infrastructure, we are talking about roads, we are talking about peace and stability of the state. Then you heard that we are building Africa’s largest syringe factory. Statistics show that Nigeria consumes 16billion syringes per annum and where do we get this syringes from? We get them from South Africa. We don’t have syringe factory in Nigeria but we building in Akwa Ibom today the factory that will produce 400million syringes per annum. That’s huge and if you look at what that will do to the economy of the state, the economy of the state will begin to grow because people will no longer depend on Government, job opportunities will be enormous for people.

Also in industrialization, we have the flour mill which His Excellency flagged-off and also in that area we have the Electric Metering Factory which is to complement the Government efforts in power distribution. Then we talk about the toothpick and pencil factory, it interests me to note that earlier in the year, Nigeria announced that it is getting set to commence the production of pencils in 2018, and Akwa Ibom State in 2017 is already producing pencil. There are states in the federation who depends on us for these pencils. Those industries are not gigantic structure but what comes out from those industries are very commendable.

Let’s come to issue of education; education of modern age, there certain number of children out of school about 10.5m but we heard that the Akwa Ibom State Government provides free Education and paid over 600m WAEC fee for students, now what extensions is being done to communities secondary schools in the State and Tertiary education?

What the Government has done is that the free and compulsory basic education is in public schools and we realize also that this cannot be in every nook and cranny of the state; if you will recall the State Government took over Community Schools because our dream is to ensure that most communities benefit from the government free education initiative, we have children from neighboring states coming to take advantage of this free and compulsory education in Akwa Ibom State. Some people questioned why we should allow other people to come and enjoy what should be for indigenes alone but then I said if we train our children and we don’t train our neighbour’s children, we can’t have a progressive environment. However, we spent over 600million naira for WAEC fee strictly for indigenes.

We want to have an Economy driven by educated youths not just in the narrow scheme of things. That s why we have youth empowerment and youth development and series of programmes and interventions to ensure that youths who are expected to be leaders of tomorrow are well prepared. Beyond payment of WAEC fees and basic education, the Government intervenes in educational infrastructure. In the last 24months, if my numbers are right we’ve had 300 inter-ministerial projects predominantly these are centered at providing classrooms and basic infrastructure for schools. This is to ensure that the future of Akwa Ibom dream become a reality.

Talking about the free and compulsory education is it that Akwa Ibom State has enormous resources for that population; how is the Akwa Ibom State Government working especially with data?

We don’t have that data now, it is ongoing, we knew that in one year we won’t be able to categorize, it is not about quantity here it’s about quality, we don’t just want to put them through schools, we want to give them quality education that is why the Governor has Special Assistants on Educational Monitoring, independent of the state Ministry of Education and other structures. That body is supposed to monitor the activities of the schools sector.

In essence, the state government does not have a biometric data base of the target population to benefit from this scheme

We do have but it’s under review.

Well that’s for the psychological drive of Akwa Ibom State, we remember that in 2015,you requested for rehabilitation for children; I want to know what the Government is doing in the areas of rehabilitation, re-orientation, sensitization and also a centre for people to report cases of abnormalities in the State.

I will project this to where are we coming from, are the numbers increasing or decreasing? If the numbers are reducing it means the Government is policing the situation and effectively putting structures in place to deal with that. Now there are different agents of the Government dealing with that. That’s why you see that it has reduced drastically because our governor is passionate about that. In Akwa Ibom today security and youth welfare are primary among those things that the Government is keen on. Beyond that Her Excellency, the wife of the Governor of the state Mrs. Martha Udom Emmanuel is also passionate at ensuring the welfare of children and the vulnerable. That’s why we also have the ministry of the Women Affairs and Social Welfare complementing the efforts of the Governor’s wife to tackle those issues. In the last 24months the report you hear about those issues have drastically reduced and we will eliminate them at some point