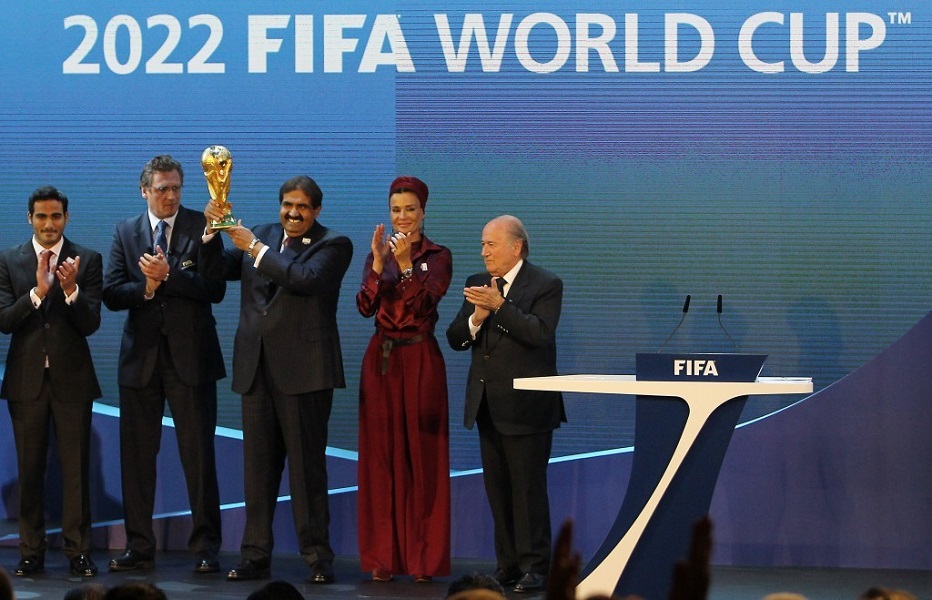 Reuters REPORTS. In an Interview with THE LOCAL, The President of International Football Federation Gianni Infantino stated that six Arab states sent a letter to FIFA and called for cancelling the Qatar hosting 2022 FIFA World Cup due to the fact that Qatar is the ‘supporter of terrorism’.

Infantino emphasized that Saudi Arabia, UAE, Bahrain, Egypt, Mauritania and Yemen addressed “Qatar’s Black Record on Terrorism” and asked FIFA to stipend Qatar from hosting according to the Article 85 of FIFA Code, which allows for such action in the urgent case.

Infantino added that the Arab states have indicated that if FIFA rejects their request they will send a letter to the member countries asking to hold an opinion poll to make a decision on the matter.

As our correspondent asked about FIFA’s decision regarding this letter, Infantino said probably the request would be accepted and added: “the policies of FIFA is clear and we should wait for the next session of FIFA.”

Infantino elaborated that the host replacement for the Word Cup is not unprecedented as FIFA chose Mexico to host the 13th World Cup as it initially scheduled to be held in Colombia on 1986.

Infantino also continued: “The above mentioned countries warned FIFA of the risks threatening fans and football player’s security in a country that is “The base and the castle of Terrorism”.

He also pointed out to the harsh language they’ve used in the letter and threatened to boycott the Word Cup if FIFA does not respond positively to their request.

It is noteworthy to be mentioned that hosting 2022 World Cup by Qatar is dubious since the country’s neighbors cut diplomatic ties. The 2022 FIFA World Cup has been scheduled to be the 22nd edition of the FIFA World Cup, the quadrennial international men’s football championship contested by the national teams of the member associations of FIFA. It is scheduled to take place in Qatar in 2022.