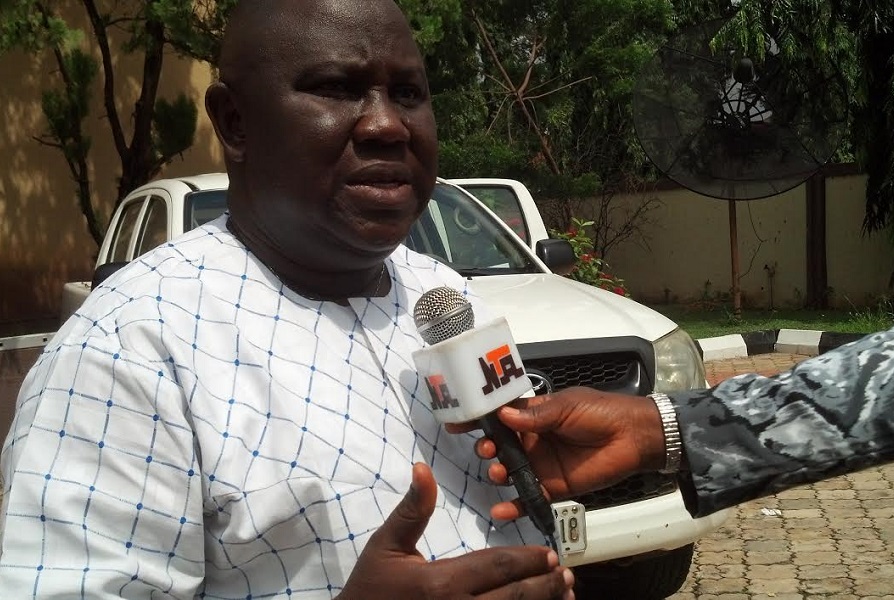 Also present at the official opening ceremony of the 19th quarterly meeting of UBEC Management with executive chairmen of states SUBEB, was the state governor, Mr Ifeanyi Okowa who was represented by the commissioner for Basic and Secondary Education, Mr Chiedu Ebie, whom perplexity was written all over his face while Mr Ogwu struggled to deliver his speech.

The event which was held at the Unity Hall of the old government house, Asaba on Tuesday became rowdy when the Delta SUBEB chairman read his speech very slowly, prolonging the section and sending dismay to the audience who were left with shocks.

While the delivery of Ogwu’s speech was on, the section became bored as he fought to pronounce words and phrases like “demonstrated”, “collaboration”, “nutrition”, “as at when due”, “screening/verification”, “conducted”, “consultant”, “biometrics”, “electronically” and “absenteeism”.

The audience who were apparently disappointed with the chairman whom some referred to as “digital chairman”, murmured loudly as he could not articulate his own speech.

Meanwhile, a member of the Board simply identified as Ugheminaye, diverted over N500, 000 met for publicity while food prepared for the event were also kept away by some cronies loyal to her under her supervision.

hardReporters reliably gathered that when the stage-frightened chairman directed some members of the press who covered the event to the Board member for appropriate remuneration , she accused them of coming to events without invitation.

She said, “Were you invited to cover the event. Where is your letter of invitation? How can you just walk to me and ask me to give you money? She queried them.

The Board member who was not apparently ashamed turned the avenue to vulgar abuse on members of the fourth estate of the realm.

The shameless Board member 247ureports.com also learnt bullied the young girls and women drafted to help her to serve the delegates food at the event while evicted drivers who came to take their turn to be served food.