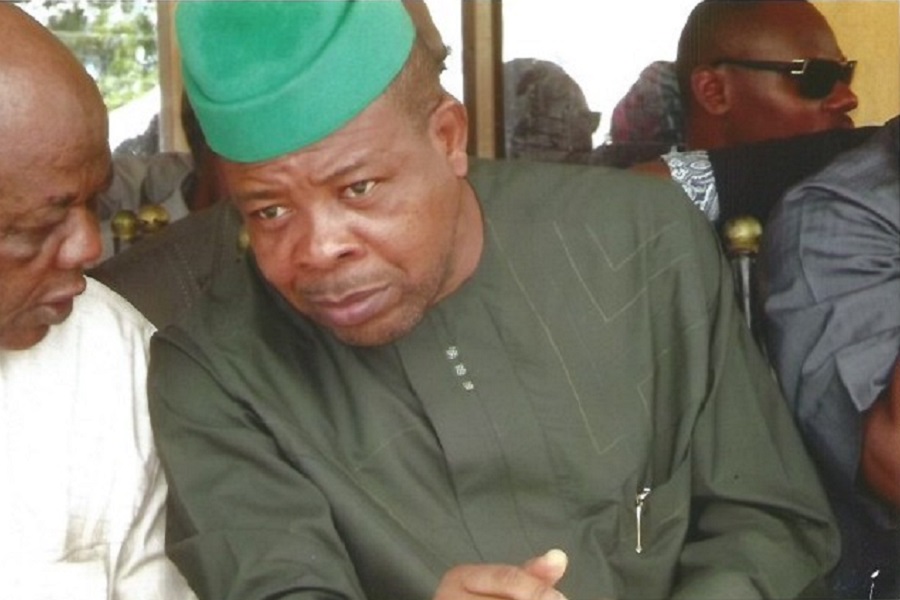 Since July 12, 2017, when the Supreme Court of Nigeria, delivered its landmark judgment which brought to a legal end, the protracted leadership tussle in the Peoples Democratic Party (PDP), several commentaries have x-rayed the judgment from different prisms. Some of these commentaries have proved useful to intellectual growth while some others sounded like what William Shakespeare described as “tale of an idiot, full of sound and fury but signifying nothing”.

Indeed, that Alhaji Ahmed Marakfi led National Caretaker Committee of the PDP, won the case did not come to me as a surprise. I had since the pilloried and ‘alert’ judgment of the Court of Appeal, Port Harcourt, held firmly to my belief that the appellate court’s judgment cannot survive strict judiciary scrutiny by the Supreme Court.

Recall that I had in my article of February 27, 2017, after the appellate court’s decision, solidly cast doubt on the sanity of such judgment. This is because I had meticulously followed the PDP’s leadership squabble and consciously noting where the banana peels are in the process.

In my article titled: “Standing the Law on its Head: Supreme Court to the Rescue”, I minced no words in pointing out the porous nature of that judgment of the Court of Appeal by the two learned justices, who constituted the majority. I aligned myself with the minority judgment which sacked Alhaji Ali Modu Sheriff and recognized Makarfi, in line with the PDP National Convention of May 21, 2016.

For emphasis, let me reproduce excerpts of my argument in that article. “I dare say that the majority judgment placed the law on its head when it said that the National Convention was wrong in removing Sheriff and setting up a National Caretaker Committee unknown to the PDP Constitution 2012 (as amended). I know for sure that the cardinal rule of interpretation in law which the Supreme Court has variously insisted, is to give the wordings of any provision or section its ordinary meanings without imputing meanings or extraneous assumptions into the interpretation”.

I continued: “if the majority judgment had taken cognizance of the express and unambiguous provisions of Part X, section 33(2), (3), (4), (5)(b) and (e) of the PDP Constitution 2012 (as amended), it would not have miscarried justice as it did. I went further to reproduce verbatim, these constitutional provisions for ease of assimilation.

At a point, I even wondered if the learned justices who gave the majority judgment at the appellate court, even took time to peruse the PDP Constitution or could they have acted in a hodge podge manner for reasons best known to them. Whichever, the point now is that I have been vindicated that indeed, the Court of Appeal, Port Harcourt, placed the law on its head when it recognized Sheriff as the PDP National Chairman.

The apex court has once and for all, resolved this contentions issue and saved Nigeria of a looming political eclipse. My immense gratitude therefore, goes to our legal Aristotles at the apex court. Great thanks, Your Lordships.

Now, to the issue of Rt. Hon. Emeka Ihedioha and Ughalla’s concept of killing a lion. This issue which hit the news stands last week really attracted my attention. Collins Ughalla, my good friend,  argued that Ihedioha celebrated like one who killed a lion, and that it should not have been so.

The piece – very articulate, sound and well packaged, as authored by my friend and colleague, Collins Ughalla was in all ramifications, incisive. It centered as I earlier stated, on Ihedioha’s reported jubilation after the apex court’s judgment which threw away Sheriff and recognized Makarfi.

Ughalla had contended that Ihedioha indulged in over celebration and unnecessary fan-fare instead of rather towing a sober and reconciliatory approach after news of the judgment hit the streets. His contention was that such display of celebration could jeopardize the reconciliation process which the PDP really needs now if it must correct the mistakes of the past.

After reading Ughalla’s piece, I was elated by his dexterity in writing and good choice of diction. But like some great writers, Ughalla committed what is called in literary parlance “an error of hubris”.

He obviously misunderstood Ihedioha’s effusion of joy. He, like our appellate court justices in Port harcourt, turned Ihedioha’s joyous mood upside down. He mistook it for mockery on the Sheriff group. No. Ughalla’s comprehension of the whole scenario was a bundle of misjudgment. With due respect, his reasoning here was myopic. He forgot to appraise the sublime essence of Ihedioha’s celebration. He evaluated it peripherally.

To me, I see nothing wrong in Ihedioha openly celebrating the Supreme Court judgment. I have carefully chosen not to call it victory since the party has pronounced that “there is no victor, no vanquished”. This is good for the party. It also shows that the party is truly not averse to reconciliation.

But for Ihedioha, there would have been no sanity in PDP, in Imo State.  The party would have become somebody’s fiefdom and no longer a political party if not for Ihedioha. When many were shying away from their financial and leadership responsibilities to the party, Ihedioha marched on steadily. That Makarfi has presence in Imo today is courtesy of Ihedioha.

Ihedioha stood for equity, justice and fairness. He aligned himself with the rule of law while the imbroglio lasted. He conducted himself very well even when the appellate court stood the law an its head. He fought for democracy. He never gave up. His support for Makarfi led National Caretaker Committee remained total.

Apparently, Ihedioha’s unwavering support for Makarfi placed him on collision course with some powerful forces within the party who were backing Sheriff. He was therefore, at the threshold of been sent to political Golgotha if the Supreme Court had ruled in favour of Sheriff. Incontestably, he would have been the first causality to be sacrificed in Imo PDP if Sheriff had survived the Supreme Court’s hammer.

I beg to ask my friend Ughalla, if he was to be Ihedioha, won’t he even organize a survival party? Ihedioha found himself between the devil and the deep blue sea but his rugged nature made him opt to swim his way out or else, he would have by now been wandering in political wilderness.

Anybody who survives a ferocious onslaught as Ihedioha did, will definitely have cause to celebrate. The PDP crisis was like a tsunami and could have consumed many (with Ihedioha been number one) if Sheriff had won.

Imagine, just after winning temporarily, at the Court of Appeal, Sheriff sacked all PDP staff at the National Secretariat of the party over flimsy excuses. He promptly declared their positions vacant and spent millions of naira advertising these positions on several pages in some national newspapers. Haba, is that leadership?

His deputy, one Cairo, was busy running his mouth like a person with diahorrea of the mouth. He spoke devoid of bridled caution, as if the entire PDP was at Sheriff’s foot. Sheriff even reportedly walked out on Former President Goodluck Jonathan during one for the reconciliation meetings in Abuja. He saw himself as “Lord of the Manor Farm”. Ditto for his die hard supporters. In fact, the list of their anomalous behaviours and utterances is endless.

Tell me, if sheriff had won with the way they were throwing punches, what would have been Ihedioha’s fate? The answer is obvious. Ihedioha was like a nightmare to them and must therefore, be whipped into subjugation willy-nilly. He must be humiliated to serve as deterrent to others.

But God said ‘No’. Man proposes, God disposes. Anybody in Ihedioha’s position could have done more than mere celebration after the Supreme Court judgment. He was celebrating his escape from the jaws of a hippopotamus and not as Ughalla reasoned. He who wears the shoes, knows where it pinches him.

Even Governor Nyesom Wike of Rivers State went to church with the whole State Exco on thanksgiving service. All of them knew what was in the offing if the pendulum had swung to Sheriff’s favour. The celebration was nationwide and not peculiar to Ihedioha alone. Why single him out for crucifixion?

It is my firm position that indeed, Ihedioha killed not just a lion but several lions by the apex court’s decision. He has proved his mettle that he truly understands the dynamics of party politics and that being forthright and steadfast has positive reward.

However,, after celebration comes reconciliation. Everybody must be brought on board for the party to move forward. That is the balm PDP needs now to heal bruised egos.

But in doing this, extreme care must be taken to avoid the pit falls of the past. The party hierarchy must be wary of fifth columnists within the party. The word is ‘caution’.

They should ruminate over the immortal words of William Shakespeare that “there is no art of finding the mind’s construction on the face”. While reconciling, the PDP leaders should “beware of the ides of march”.

Once beaten, twice shy. This is my humble advise.