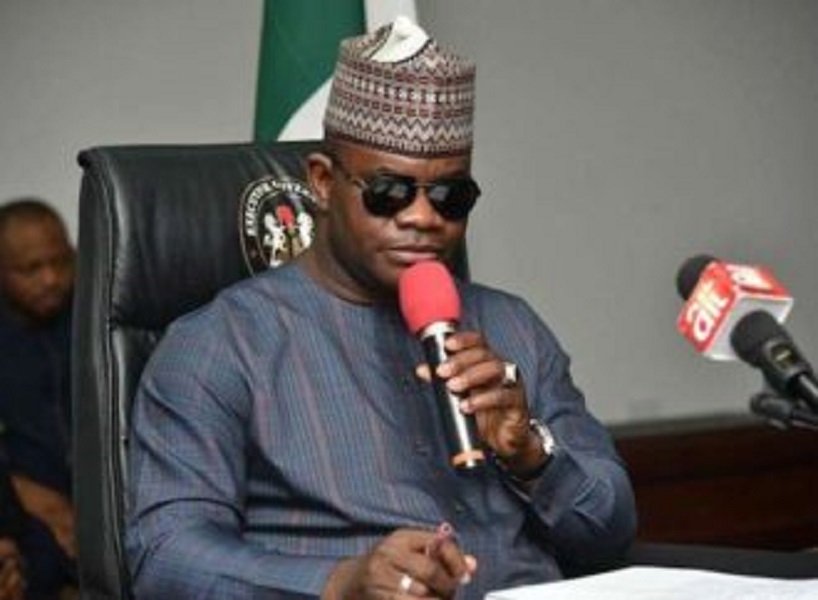 Your Excellency, although there’s nothing fundamentally wrong for an elected leader like you to have a few friends or family members around as political appointees, so far as such an action do not relegate competence and the need to put the right pegs in their corresponding holes, but when the desire to appoint friends and allies into appointive positions overrides the imperative to have in place technocrats needed to aide governance and enhance a smooth delivery of dividends of democracy to the masses, then anarchy is sure and failure is certain.

If things continue the way they currently are in kogi state, posterity will remember you and your administration as one during which mediocrity, gross ineptitude and crass incompetence was the order of the day. One of your greatest undoing as the present occupant of Lugard House was appointing political and administrative novices into top government positions. This has so far manifested negatively and affected the quality of service delivery and general performance of your government.

If half of the time and energy and financial resources being spent on attacking, insulting, abusing, intimidating, threatening and harassing members of the public who opposes your approach to governance were used in contributing positively and meaningfully by appointees of the state government who’s major achievements since the inception of this administration has been unnecessarily making more enemies for you on a daily basis, then kogi state would have surpassed Lagos state in terms of human and infrastructural development.

Going on the social network to banter words, throw jabs, calling people to threaten the life out of them and using the security agencies to assault, arrest and unlawfully detain members of the public who merely differ in the line of thought with your government has been the modus operandi and negative approach of your retinue of political appointees which is unfortunately denting the image, reputation and public perception of this administration.

Your Excellency, the recent needless outburst and reaction of the state attorney general to a comment made by some members of the national assembly on the recall process of senator Dino Melaye was unnecessary, reckless and unfortunate. Wasting a huge sum of over twelve million naira of the lean financial resources of the state in sponsoring newspaper advertorials merely to react to a senator’s comment, when such could either be made through a press briefing or simply ignored, was the height of financial indiscipline and immaturity on the part of your government.

Sadly, apart from creating unnecessary political enemies and fights for on your behalf and portraying the state government as one devoid of common sense and ample competence to deliver the much expected and craved dividends of democracy to kogites, your media team haven’t been able to bridge the wide communication gap that exists between your government and the people of the state.

The strength of any a politician lies in his capacity to select his battles wisely, this is because there is no permanent friend or enemy in politics. The hallmark of great leaders and successful politicians is that they are careful not to fight every political fight they are challenged into; their greatness lies in their bravery to ignore the small fights so as to remain focus and more prepared for the big ones. Even in real warfare, a great warrior isn’t the man who fights every war, but the one who fights and wins the big wars.

Your administration scored a political own-goal and made a major mistake by engaging senator Dino Melaye in a fight. No matter what, you should have resisted the temptation to pick a quarrel with a man who against all odds and pressure from his constituent, turned his back on his brother and kinsman, Hon. James Abiodun Faleke to fully support and worked towards the actualization and the successful inauguration of your government. It is said that “when the chips are down, you will know who your true friends are” senator Dino proved to be one of such friends, even at a time when some of your own kinsmen turned their back.

The circumstances that brought you in as the executive governor of the state had already created more enemies for you than friends, the clever thing for you to have done was strive to keep the very few friends of yours while putting measures in place to win more. Your feud with the state chapter of APC was ill advised, unnecessary and a deep self inflicted injury which has created a bad blood and an avoidable enmity within the APC family in the state.

Even though you are yet to declare whether you will seek another term of office at the 2019 gubernatorial election, the body language of your lieutenants is already pointing to that direction. The truth is that there’s no way you can win a reelection with your current approach to governance and by engaging everybody in a fight and political war. The need for you to rejig your cabinet and lay off unproductive appointees who  have had nothing positive to add to your government aside fighting and duplicating enemies for your government is inevitable at this point in time to pave the way for the inclusion of technocrats and progressive minded personalities that can contribute meaningfully.

Your Excellency, if you are really interested in securing a reelection, then it’s high time you should swallow your pride and reach out to all aggrieved within the APC in a genuine reconciliatory move. Regardless of what some of your aides wants you to believe, by the virtue of the position he currently occupies and his exploit in the APC in the state and beyond, senator Dino Melaye remains a factor to reckon with, so is the Audu/Faleke group and indeed all the members of the state chapter of the party. At this juncture, employing the services of royal fathers and notable elders across the state to help initiate and facilitate a reconciliatory process wouldn’t be a bad idea and is the right thing to do. Failure to do these means you should kiss Lugard House goodbye in 2020. Long live Your Excellency, long live Kogi State, and Long live the federal republic of Nigeria.