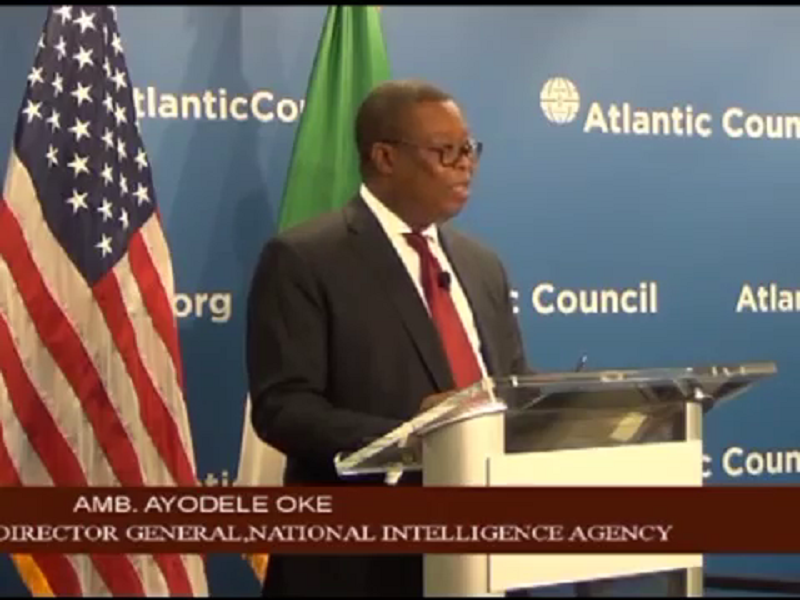 In this era of “the new normal,” nothing seems to alarm, daze, jolt, outrage, shock, stun or upset Nigerians, and insult their sensibilities. Instead, they would express amazement, bewilderment, incredulity or surprise over abnormal or untoward behaviours or happenings, and just move on.

How else would one describe Nigerians’ response to egregious displays in the polity, many of them threatening the disruption of the government, and even disintegration of the nation?

Let’s kick off the discourse with the Boko Haram insurgency that has claimed thousands of lives and unquantifiable property, and uprooted millions of people from their homesteads across the Northeast.

At the height of their principality between 2013 and 2015, rather than take the threat posed by the terrorists as an existential challenge to Nigeria, the President Goodluck Jonathan government considered it a calculated plot by the opposition to bring it down.

Hence, amid global outcry, the government showed obvious nonchalance, and noncommittal to the rescue of the 276 Chibok schoolgirls abducted by the rebels on April 14, 2014.

Because the government was not outraged by the dastardly act of the insurgents, it took about two weeks for it to “acknowledge” that the innocent girls were “actually” seized.

By then, it was too late to rescue them. Which is why over 100 of the girls are still not released in spite of efforts by the succeeding government of President Muhammadu Buhari in that direction.

When the agitation for Biafra was mooted in early 2000s by the Movement for the Actualisation of the Sovereign State of Biafra (MASSOB), which lately got a shot in the arm by the Indigenous People of Biafra (IPOB), Nigerians were merely surprised that “a group of idle and uninformed Igbo youths” was trying to revive a “dead entity.”

Until a Coalition of Northern Youth Groups issued a notice for all Igbo to quit the North by October 1, 2017, and a counter threat came from the Coalition of Niger Delta Militants for northern indigenes to vacate the South-South zone, Nigerians paid scant regard to alleged marginalisation and neglect of the Southeast, and security operatives’ reported quick high-handed reprimand against the IPOB agitators.

However, did the same security agents do the needful when the Northern youths, backed by some disgruntled elders, issued that quit notice? No!

The police, who Governor Nasir el-Rufai directed to arrest the youths, embarked on a never-ending “manhunt” for the deviants, and thus emboldened their arrowheads to issue further threats against the Igbo, and last week called for the IPOB to be declared a “terrorist organisation.”

If we, as a people, had shown enough concern and consternation, and rebuked early on the intransigence of the youths, we may not be hearing, even from unlikely quarters, “the urgent need to restructure the country.”

Now, to the happenings in the National Assembly – a hallowed institution for lawmaking that looks to be turning itself into an implementing organ as well. The reason it has earned the appellation, “Legiscutive” – a fusion of legislative and executive authorities in one body, like in a Military interregnum, without separation of power.

Owing to their alleged beef with the presidency over the retention of Mr. Ibrahim Magu as the chair of the Economic and Financial Crimes Commission (EFCC), the lawmakers have literally declared war on the executive – flaunting the supposed powers they possess under the 1999 Constitution (as amended), especially Section 171, and Section 80 (in relation to Control over Public Funds).

To exhibit these powers, they first “padded” the 2017 Appropriations – yes, this is the “real” budget padding – by creating new heads or items, and added, subtracted, juggled or moved projects around that the executive never earmarked for in the estimates.

Secondly, they refused further confirmation of executive nominees because Acting President Yemi Osinbajo queried their powers to alter the budget and confirm certain categories of appointees, as per Mr. Magu.

Then, the lawmakers not only put Osinbajo on notice for impeachment, but two senators also prayed for declaring vacant his acting presidency. Kabiru Marafa, cued by Enyinnaya Abaribe, moved a motion to declare Osinbajo (who went on an official engagement in Ethiopia) “AWOL” – and thus alleged vacuum in his office – and install Senate President Bukola Saraki as “Acting President of Nigeria.”

Had Saraki succumbed to the obviously treasonous adventure (the second time in as many months he would avoid endorsing chaos in the system), it would have been a “civilian coup” against the elected government of President Buhari, who Osinbajo is acting in his stead due to his medical leave in London.

But in these scenarios, what did Nigerians do? They shrugged their shoulders, and declined to engage and interrogate the dangerous development, to prevent a future eventuality.

A major plank of the Buhari campaign for president was the fight against corruption. But those caught in the web of the crusade have labelled it a “witch hunt of the opposition,” and spared no effort to blunt its potency through legal shenanigans at the courts, and discredit the fight as “dead.”

Yet, ordinary Nigerians, who should protest that money earmarked against Boko Haram was misappropriated, wonder why the searchlight is beamed on the immediate past government and its party officials. They would rather the probe was started from the colonial administration of Frederick John Dealtry Lugard of 1914.

It’s time to show genuine concern and anger over (mis)behaviours of officials of government and their collaborators in the civil society. Otherwise, they would bring down the roof on all of us!