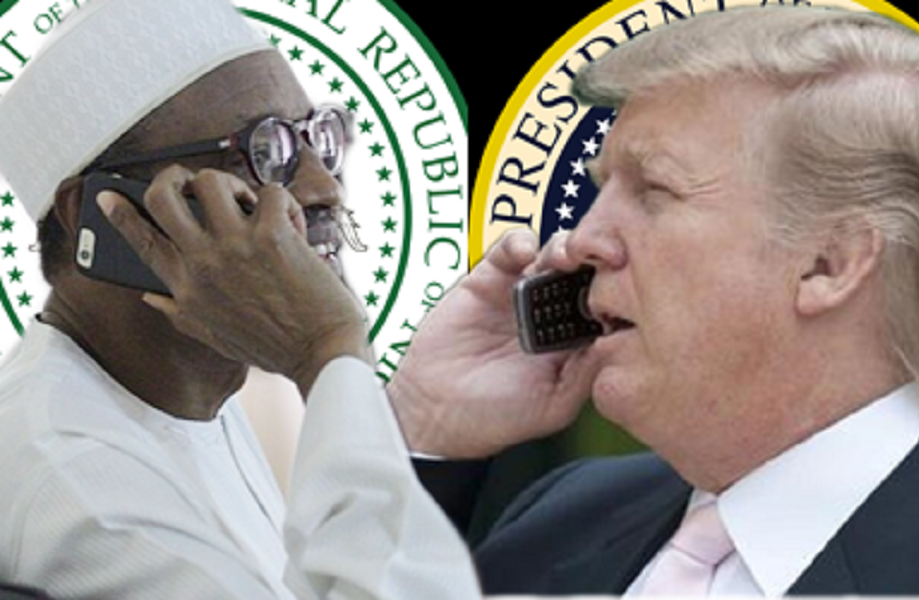 Advertisement
I was so taken aback when the grapevines threw up a shocker yesterday that there was a telephone conversation on diplomatic issues between the President of the United States, Donald Trump and our President Muhammad Buhari who currently is taking some medical attention in the United Kingdom!
It is a huge insult to associate the President of America with such a big diplomatic blunder. How can Donald Trump call a man who is temporary out of service for medical attention and be discussing diplomatic issues with him? The power of Mr President has been vested in the vice President, Prof Yemi Osinbajo the day the president transmitted a letter to the national assembly empowering him! The power to act is no more on Mr President until he transmits another letter to the same national assembly for retrieval of power and resumption of duty!
Whenever former President Barack Obama of the United States of America was on vacation, he ceased from performing the functions of his office. Any calls on diplomatic issues which never went to him any way, would be redirected to the seat of power, the white house for the then vice President Joe Biden who was acting on his behalf! At that moment in time, the power of the President was on Joe Biden and not on Obama! Obama could only retrieve his power from Joe Biden through a letter to their national assembly. Without that letter, he didn’t have the power to perform!
So it would be an absurdity of the century for Trump to call President Buhari who is on leave now. According to the rule of engagement for international diplomacy, Trump would rather call the Vice President who is now acting on behalf of the president. Seat of power calls seat of power! It is assumed that the one on the seat of power for now is the acting President, Prof Yemi Osinbajo. The handlers of our President are making Trump look stupid by saying he called a President on a medical vacation. Don’t they understand what vacation (leave) means? Vacation means “Don’t act anymore until the national assembly receives a letter from you for resumption. In fact it would amount to an impeachable offence for any President on vacation to act without such letter of resumption first! We cannot have two persons performing the same function of the President at the same time!
By the way, this is a man who has failed to address his fellow country men and women regarding a death rumour associated with his vacation! Nigerians in UK sought audience with him for just 5 minutes to no avail! No television appearances whatsoever. What then is the rationale behind such interaction with the US President? Wouldn’t it have been better for him to address concerned Nigerians first?
No wonder the world leading media agency, Cable News Network (CNN) chose to quote Mr. Femi Adesina instead of the white house. This reminds me of this question: Which media agency monitored that call? Don’t forget that Trump’s call to Vladimir Putin of Russia, Benjamin Netanyahu of Israel and others were monitored by CNN and others. Hence they reported them authoritatively without quoting any person. When he had a conversation with Taiwanese President, Tsai Ing-wen, it was also monitored by CNN and others. That was why we all felt the heat it generated when China kicked!
It is high time certain propagandists spared us falsehoods because we are no ignoramuses!