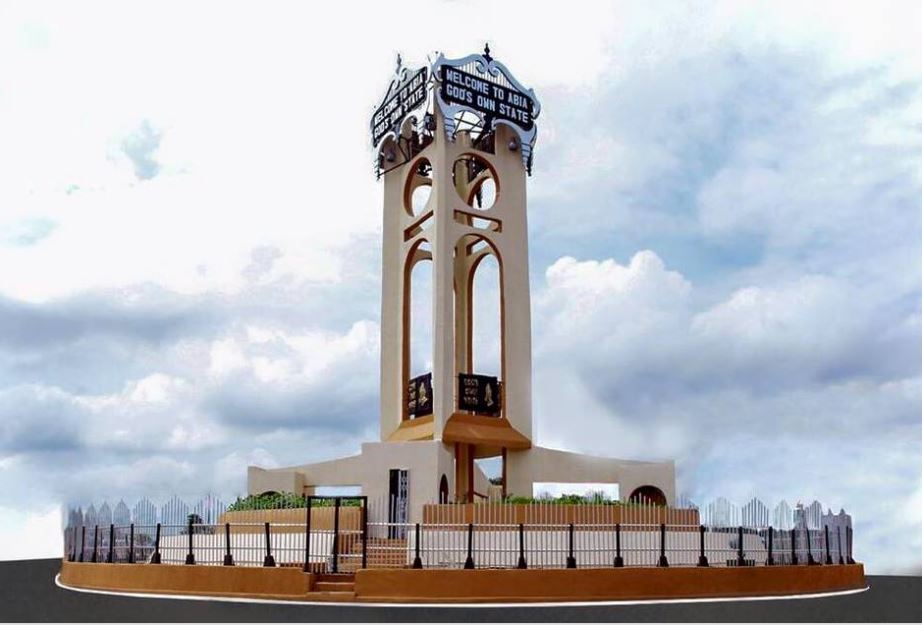 Former American President, Barack Obama and his wife Michelle are back to their home town, South Side Chicago where they will build the Centre for Obama Foundation.

After eight years of serving America, its now time to serve and help in developing his area of Chicago. What? Develop South Side Chicago? Is South Side Chicago not developed? Whatever be the case, the bottomline is that the Obamas’ deliberate choice of South Side Chicago as the headquarters of the Obama Foundation buttresses the sayings that “there is no place like home” and “charity begins at home”.

As far as they’re concerned, it is time to be among their people and help in attracting anything their current and former status can attract to their people.

I am reminded of a discussion I had with my former boss, Late Ambassador Raph Uwechue, at his “African House” residence in Okwashi-Ukwu in Delta State sometime in 2011. The then former Ambassador and President of Ohanaeze Ndigbo who I served as media consultant said to me, “Enyi, I don’t know what we can do to encourage our people and leaders to return home after national service to be with our people. It is my wish to see Igbo leaders return to live among our people and open their businesses among our people after their national service. Part of our problem here is that our leaders refuse to come home even at old age. They prefer to live in Lagos and Abuja even when they’re not needed there and we end up receiving them in beautiful caskets when they die. I built  this African House here at Okwashi-Ukwu 30 years ago because I knew that after all said and done, I will return to my people to live with and among them.”

Abia State is blessed with men and women of timber and caliber, but we do not “feel” them, neither do our communities feel them.

Our big names live in Lagos and Abuja and many of them do not have even private homes at either Aba or Umuahia. Yes, some of them have buildings in their villages, where they spend few days every year, usually during Yuletide period and zoom off with their heavily armed convoys after Yuletide season.

Imagine what Aba or Umuahia will look like if we have our big names living among us or owning businesses at home.

Frankly, at times like this, i wish I am not the Chief Press Secretary to Governor Okezie Ikpeazu as I would have been at liberty to write as I wish. I would have name names, but unfortunately my hands are tied. I can’t do that now before they say “the Governor said” when he never said anything.

For emphasis, this is my opinion as Enyinnaya Appolos, the common man from Isiko. Please take note.

Back to the issue. As I was saying, imagine that we have our big names, former this and former that, living with us after serving at the federal and state levels. All their big name friends and partners will come to visit them in Abia and contribute to the state’s economy one way or another.

If the big men brothers of my friend, John Okiyi Kalu, had built their homes at Umuahia, at least there would have been a GRA in Umuahia today that is not the product of colonial action. Same goes to Aba.

Even when our big men ask for and get land allocations from the state Government they merely wait for the allocating government to expire then sell the land and go to Abuja or Lagos to spend their profit from what is at best  ugly land speculation in their home state.

Not long ago an elder statesman from Abia celebrated his 70th birthday at Abuja and invited the “who is who” from the state and beyond, to the event. As if reading my mind, one of the celebrant’s political sons who incidentally is from a neighboring Igbo state publicly confronted him and told him that his contemporaries from the south west and north will never celebrate this milestone at Abuja, and would have retired home at this time to live with their people. He pleaded with his mentor not to celebrate his 71st birthday at Abuja but rather to retire to his village before then. Unfortunately the elder statesman didn’t make it to his 71st Birthday as he died few days before the date and his body was repatriated to Abia and buried in his palatial village home that he obviously didn’t enjoy post retirement.

I wish other living Abia elders will learn and retire home once they finish national service.

This is one reason I will always appreciate my elder brother, Eziuche Ubani, no matter his real or perceived shortcomings. When he was ready to build a radio station he thought of Aba first. Now you can imagine what Aba would have been today without Magic 102.9fm.

As an erudite journalist who have seen it all, as far as media practice is concerned, having a Magic FM at Abuja or lagos would been more economically lucrative to Hon. Ubani, but he chose to forfeit the ‘huge’ financial gains he would have made at Abuja or Lagos, and brought magic FM to Aba.

Today, because magic Fm is at Aba, we now have “Aba half marathon” which attract athletes  from across Africa, and common folks have an outlet to express their views. Even Abians living abroad can get information on what is happening at home because Magic FM is available online from all parts of the globe. Also because of Magic FM at aba, we now have one Idoma man called Bonny Onogwu, aka Big Bonny, with us in Aba. We have Abi-Serah, Pastor Metu, Iyke D-Gee an many others who otherwise wouldn’t have had anything to do with Aba and they all pay income tax to Abia State Government.

Also, Mr. Raymond Nkemdirim, another Abian who retired recently from active service to Nigeria, has also opened a radio station-Flo FM in umuahia…good one I must confess.

What am I saying here? John Okiyi Kalu, tell your fellow big men and your brothers to always return home after national service to live and invest at home. JOK, tell your “money bag” brothers and sisters to come home and invest.  I once heard you discussing a man you called Noko whom you praised lavishly for building a hotel at Abiriba and opened filling stations at Aba and Abiriba. (Meanwhile reserves rooms at the Hotel for my Igbiji Aku Mba ceremony coming soon in Abiriba). Abia needs more men like him and as far as I am concerned people like him should be the type we celebrate daily.

According to Valerie Jarrett, Obama’s senior adviser; “The South Side is the President and Mrs. Obama’s home so he intends to not only build the Center there, but also bring opportunities to the area. The President (Obama) was very eager to hear suggestions from the community members and encouraged them to continue the dialogue with his team after he left.”

If you come from Abia think…just think.