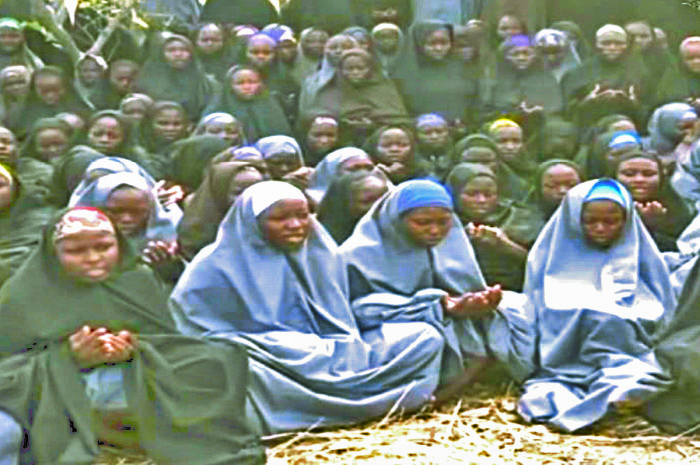 Like a fairy tale, the news broke on the 16th of October that 21 Chibok girls had been released by the dreaded terror group Boko Haram; partly ending the saga of the purported kidnap of 274 schools in Chibok, a remote community in Borno state since 2014. At the time—the news of the kidnap had elicited global condemnation and spawned local and international movements for their release. It had also been subject to denial and conspiracy theories by no less a person than the then president Goodluck Jonathan and the many who never believed there had been any suck kidnap. The sudden announced release of 21 Chibok girls would thus have provided some sort of vindication and relief for the many who campaigned ceaselessly for it. But for those who always doubted the authenticity of the kidnap, the release also served to spice their suspicion and conclusion that it was all along a scam.

For an outsider with little knowledge of the historical complexities of Nigeria’s ethno-religious fault lines, it would seem strange that a horrifying kidnap of hundreds of school girls by terrorists should elicit such sharp divisions within a population that should ordinarily be united against terror as is done in other climes. But Nigeria has never been a normal country and a simple understanding of that fact would help explain why the saga of Chibok girls has different narratives. There is little doubt that terrorism is the greatest threat to international peace and security in today’s world. In other parts of the world, it’s acknowledged as such. This is pretty much evident in the heavy investments accorded to the fight against terrorism which since the infamous 9/11 attacks has seen global coalitions going to war in Iraq, Afghanistan and elsewhere in ongoing counter-terrorism efforts. In none of the nations involved in these operations locally or internationally was the issue politicised.

In all cases, the people came together across political, regional, ethnic, religious or racial divides to collectively resolve to deal a decisive blow to the scourge of terrorism. But not so in Nigeria where Boko Haram; since declared the most murderous terrorist group in the world by the Global Terrorism index (GTI) was at one point killing hundreds of people on a daily basis. This was largely consequent to the leanings of Northern politicians, leaders and groups who often became apologists of Boko Haram—ultimately politicising an issue that should have been subject of collective resolve.  It was not uncommon for some of these leaders to rail against the federal government’s counter-terrorism efforts. In fact, Buhari who now happens to be the president, had at one occasion infamously declared that a “fight against Boko Haram was tantamount to a fight against the North.” When the U.S. state department commenced modalities  to classify Boko Haram a terrorist group, it was stridently opposed by Northern leaders. This occasioned a considerable delay in the designation of Boko Haram as a terrorist group.

At some point the emergence and sustenance of Boko Haram was  blamed on the then president Jonathan and rtd General Ihejirika, the then Chief of Army staff whom several Northern socio- political  groups  had seriously criticised even though he was largely successfully in combating  Boko Haram and other allied terrorist groups. Much of this politicisation of Boko Haram and attendant terrorism by sections of Northern leadership was happening against a backdrop of opposition to President Goodluck Jonathan who had assumed office following the demise of then president Musa Yar Adua. An embittered North felt Yar Adua’s death and Jonathan’s presidency denied them the opportunity to complete their turn and so began a ferocious no holds barred opposition to Jonathan’s presidency. The politicisation of Boko Haram/terrorism was just one of the ways the North could vent their opposition to the presidency of Jonathan and so they did.

In a nation plagued with such suspicion, ethno-religious divisions and conflicts, it was hardly surprising that an already beleaguered president Jonathan considered reports of the kidnap of 274 Chibok girls a further plot to delegitimize his presidency and stampede him from office. Aside from the president, the strange and somewhat illogical circumstances of the purported kidnap also raised more questions than answers from a distrustful public. How for example was it possible to kidnap more than 270 girls in one fell swoop and ferry them into hiding? How was it possible to convey hundreds of kidnapped girls ostensibly in several trucks or buses and navigate them through the fortress of military checkpoints that dotted Borno state at a time of emergency rule without detection? How logistically possible is it for Boko Haram to hold, house and feed 274 girls in any community without being detected?

Even if they are or were held in Sambisa forest as some suggest;  how could a constantly harassed and mobile terrorist group hold, house, feed and clothe  hundreds of girls inside a forest that lacks any building structures and even if any; enough to hold such numbers?  If indeed by any remote possibility Boko Haram had erected enough huts or buildings as to create a settlement and house such multitudes in an otherwise barren and uninhabited forest, how is it that for such an extended period, the military could not detect such settlements in the forest in spite of probes, aerial surveillance and possible intelligence reports? Since none of these questions were ever answered, it’s no surprise that the purported release of 21 Chibok girls only served to reignite the flurry of denials, condemnations and conspiracy theories that had always trailed it. When video clips and images of the girls eventually emerged, it again raised more questions than answers.

Considering the dominant narrative that the girls were held in Sambisa forest: How is it that they looked so well fed, healthy and well clothed after a two year ordeal in a nightmarish forest where they had supposedly been held?  Even if it can be believed, or if at least we accept that they were indeed kidnapped and released by Boko Haram after two years; their state of good health and general well being in contrast to poverty stricken Nigerians and the multitude of internally displaced persons/refugees (IDP) in the North under the care of the federal government that are largely dying of hunger induced kwashiorkor as widely reported presents a damning dilemma for the government. If those living under the jurisdiction of Boko Haram can be healthier and better fed than the millions of famished Nigerians and those dying of kwashiorkor in government run IDP camps;  then the jury is out already and Buhari’s  administration stands indicted!