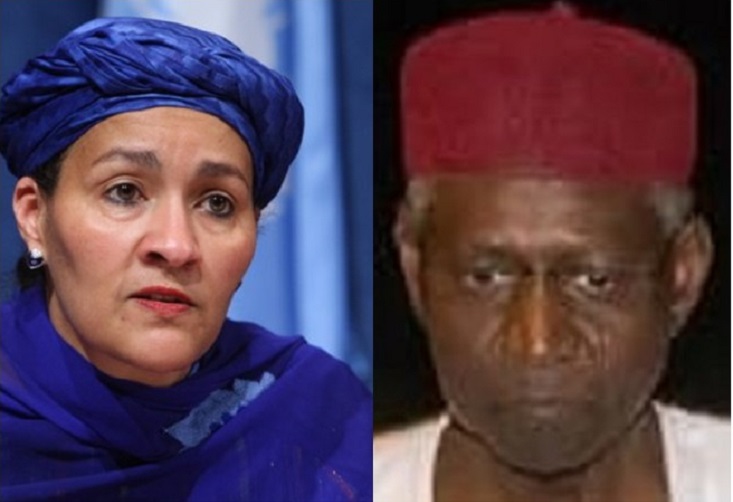 The ongoing trouble brewing within the Buhari administration among the top aides to the President appear to continue to fester unchecked. This is as information available to 247ureports.com obtained from a competent source near the presidency indicates that the already rocky relationship between the Chief of Staff to the President, Abba Kyari and the Federal Ministers has bottomed to near violent exchanges.

According to the information gathered, the recent embarrassing exchange and/or altercation took place at the Presidential villa between the Chief of Staff and the Environment Minister, Amina Mohammed. 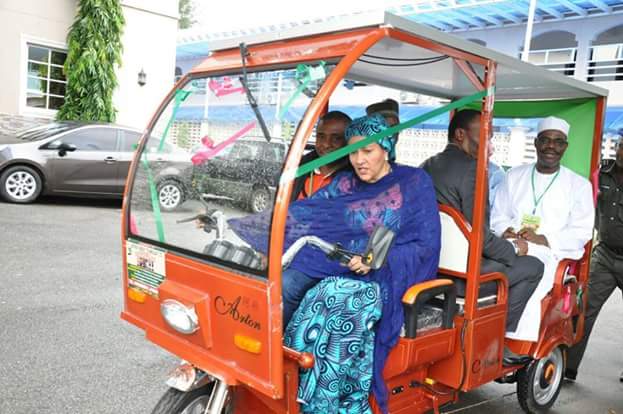 The Minister of Environment took offense and began her tongue lashing of the Chief of Staff. She told the Chief of Staff that she was not here to breakup his money extortion schemes rather that she came to help the country as a service to the people of Nigeria. She reminded the Chief of Staff that she was not desperate for the ministerial job having worked previously as the number person to the UN Secretary-General Ban Ki-Moon. As she spoke, Abba Kyari who was becoming visibly shamed began shouting back at the Minister to go back to her UN job and leave Nigeria.

Adamu Adamu’s intervention got the Environment Minister to cool her temper and walk away leaving Abba Kyari standing alone. Our source indicates that the President had been briefed informally by the Ministers involved. The President is reported to have displayed an immediate response.

The latest of the near violent exchange followed the shouting match between the Minister of Transport, Chibuike Amaechi and the Chief of Staff to the President as previously reported here Abba Kyari Orders DSS To Walk Amaechi Out Of Office – where security agents were called in to calm the tension.

Amina J. Mohammed was appointed on 11th November 2015 Minister of Environment of Nigeria. Previously she served as the Special Adviser to UN Secretary-General Ban Ki-Moon on Post-2015 development planning. Amina J. Mohahmmed was born to a British mother and Nigerian father in 1961 in Gombe state Nigeria. To date Amina J Mohammed is an Adjunct Professor at Columbia University, New York (an Ivy League Institution). Mrs. Mohammed received the National Honours Award of the Order of the Federal Republic in 2006 and was inducted in the Nigerian Women’s Hall of Fame in 2007.