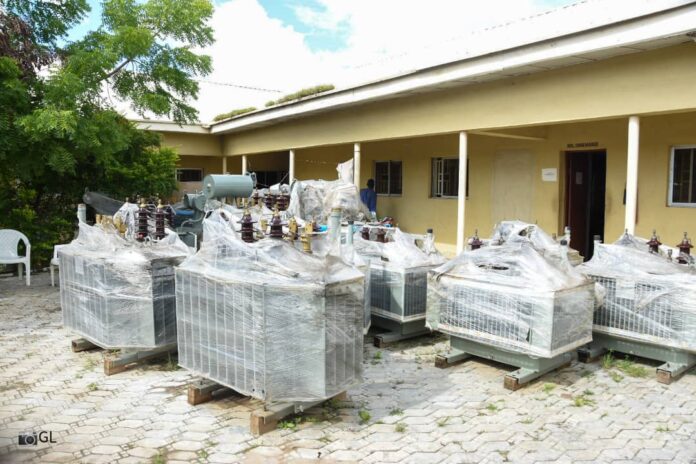 From Ahmad SAKA, Bauchi
Bauchi State Government has provided thirty two, 500 and 300 KVA transformers procured to assist some communities across urban and urban areas who are being faced  with challenges of inadequate or total absent of electricity.
This is part of efforts to address the longtime challenges by connecting the communities with National Grid.
Presenting the transformers, the Acting Permanent Secretary Ministry of Power, Science and Technology Alh. Mustapha Muhammed said the state government has expended three hundred and nineteen million naira for the procurement.
Alh. Mustapha Muhammed said the move was inline with Governor Bala Mohammed led administration’s rural electrification initiative.
He called on the benefiting communities to take ownership of the transformers provided by protecting them against vandalism.
Expressing appreciations on behalf of the communities, Alh. Maigari Muhammed Khanna from Tambari housing estate, phase two and Dr. Bala Musa Lukshi  from Ibrahim Bako said the move would improve quality of their lives.
They however commended the government for the concern and pledged continuous support towards the success of the administration.