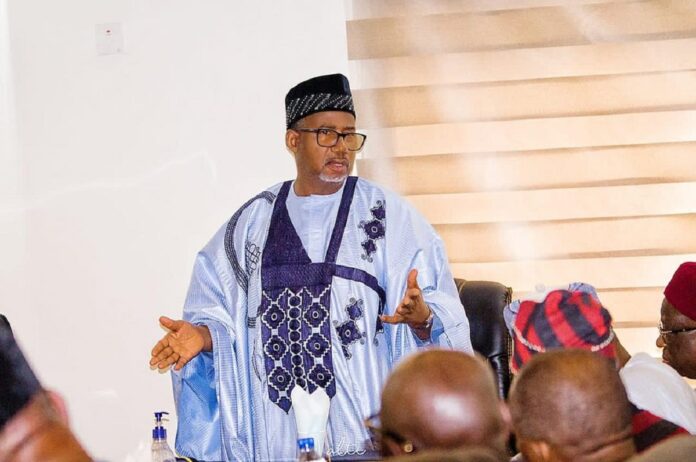 From Ahmad SAKA, Bauchi
The Peoples Democratic Party PDP in Bauchi State has clarified that the Bauchi State Governor Senator Bala Mohammed didn’t dump his Deputy Senator Baba rather the two are working together in harmony to ensure the success of the party in 2023 general election.
State Publicity Secretary of the Party Yayanuwa Zainabari gave the clarification today Tuesday , in his reaction over a report that said Governor Bala dump Baba Tela picked Auwal Jatau as his running mate. He said the Deputy Gubernatorial candidate of the Party Jatau was quoted out of context, there is no where in the story that he said the Governor dump his Deputy its imagination of reporters and mischief from Political actors. Zainabari said instead of political actors in the state to fan ember of discord between the two they should rather channel their energy towards supporting the present administration to continue the ongoing good work in the areas of infrastructural development, empowerment and unity amongst the various interests in the state.
PDP Spokesman said the issue of changing the Deputy Governor in 2023 election was a decisions reached by the Governor and stakeholders from the Bauchi North Senatorial districts, and the incumbent Deputy Governor is working enjoying the cordial relationship existing between him and the Governor. He said, “So heating the polity was unnecessary and uncalled for. People are trying to create confusion where there shouldn’t be. It’s still the same family, the governor and his Deputy are in good terms, and they talk regularly, and sometimes take decisions together, So, let’s be fair to the two political leaders that we have and stop trying to create confusion amongst them.”
Zainabari said ” there is destiny in all aspect of human life , and whatever happened is destiny with the consent of all stakeholders, while the new Deputy Gubernatorial candidate Auwal Jatau will be unveil when we started campaign “