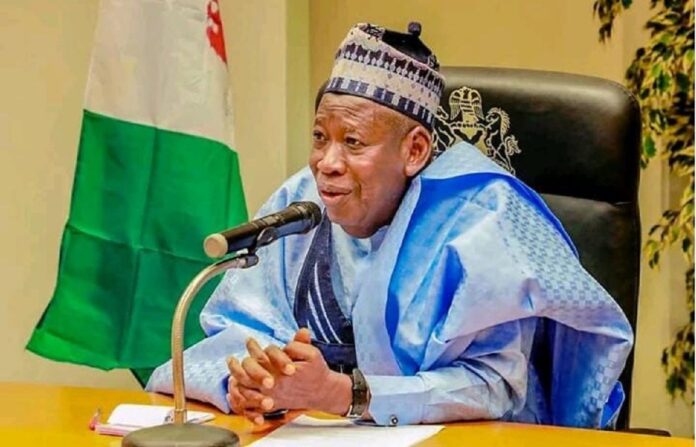 Kano state government has described as unbecoming a statement credited to the former Kano state deputy governor, Prof. Hafiz Abubakar in which he claimed he won’t support Governor Abdullahi Umar Ganduje in 2023 if given the chance to do so.

A statement by the commissioner for information, Malam Muhammad Garba stated that by not supporting Governor Ganduje, Prof. Abubakar would not be supporting the party he belongs to, the All Progressives Congress (APC).

He expressed surprise at such uncomplimentry remarks and prayed that may God touch his heart to support his political party.

The statement added that only recently, in a viral video clip, Prof. Abubakar chastised Kano APC’s gubernatorial candidate and his running mate, by claiming that they should be in prison not contesting election.

Malam Garba stated that if truly he is a member of the APC, the party values the support of all its members to succeed no matter their status.

He said the former deputy governor served the Ganduje administration for three years until he decamped to the People’s Democratic Party (PDP) and was welcomed back to the fold of the party after they fell out with Senator Rabi’u Musa Kwankwaso.

The commissioner stated that even his political boss, for whom he is a director- general, campaign organization, Senator Barau Jibrin, has reconciled with the governor and and re-contesting for the Kano North Senatorial District.

Malam Garba said as far as the APC is concerned, it will be contradictory for the Professor who is still in the APC to lend his support for the candidature of Senator Ibrahim Shekaru who is re-contesting on the platform of a different political party.

He said it is unfortunate that at this time when the party is consolidating in view of the recent  political wranglings,  the former deputy governor  should have confront whoever he has any issue with in the party instead of making incautious statements.

The statement called on the former deputy governor to guard against such unguarded comments considering his standing as an elder statesman, holding a position of a professor and a member of the APC.