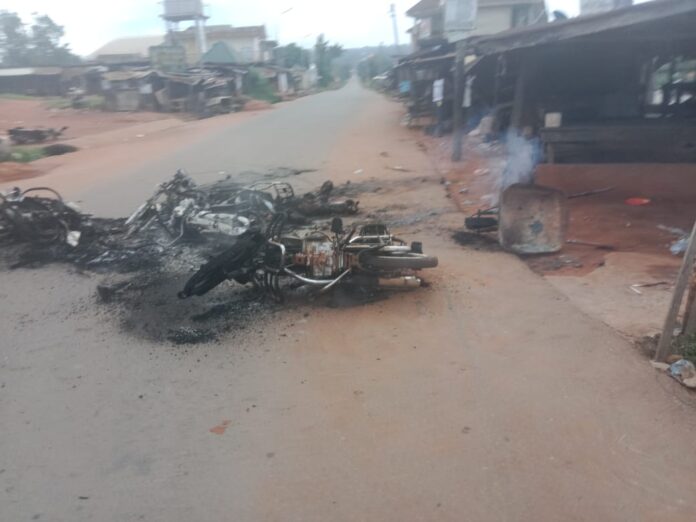 It was barbaric Sunday in Anambra State yesterday, as gunmen invaded and attacked no fewer than four communities in the state, cause fresh news of gunmen attack and killings to sprout at trend almost every three hours throughout Sunday.

The Gummen were also said to have killed no fewer than ten persons in the course of the Sunday attacks.

It was gathered that blood-thirsty arm-bearing men first invaded Isulo Community in Orumba North Local Government Area, where they killed four siblings dead and their mother at once.

Shortly after that, their effect was felt and heard at Nanka community, also in Orumba North Local Government Area, where they killed a suya seller at Nkwọ Agụ market and offered the residents free suya.

That was followed by Eke Abatete Attack in Idemili North Local Government Area, where at least two persons were gunned down.

When contacted, the state police spokesman, Tochukwu Ikenga, said the details of the incidents were still sketchy.

Ikenga added that the command would talk about the incidents on Monday when they must have gotten a clear picture of what transpired.