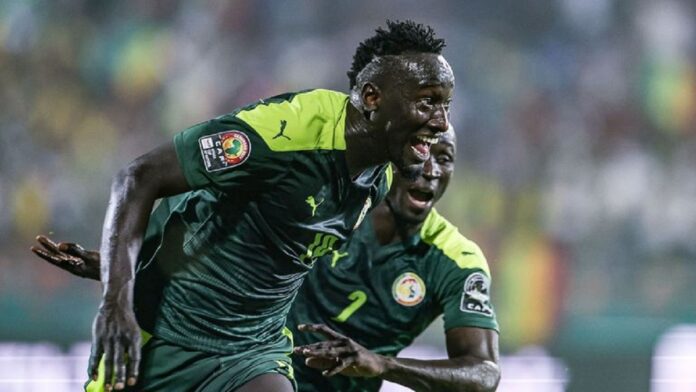 Senegal reached a second consecutive Africa Cup of Nations (AFCON) final on Wednesday after goals from Abdou Diallo, Idrissa Gueye and Sadio Mane secured a 3-1 win over Burkina Faso.
Aliou Cisse’s side were denied a first AFCON title by Algeria back in 2019, but they will now have another chance against either Cameroon or Egypt on Sunday.

Senegal thought they had been awarded a penalty kick deep into first-half stoppage time, but the VAR came to Burkina Faso’s rescue.

The Lions of Teranga deservedly broke the deadlock in the 70th minute, however.

That was when Paris Saint-Germain (PSG) defender Diallo spun in the goal area to fire a crisp strike past substitute goalkeeper Sofiane Ouedraogo.

And Senegal doubled their advantage six minutes later when Gueye slotted home from inside the penalty area after being teed up by Mane.

Ibrahim Toure pulled one back for Burkina Faso with an improvised finish with his knee in the 82nd minute.