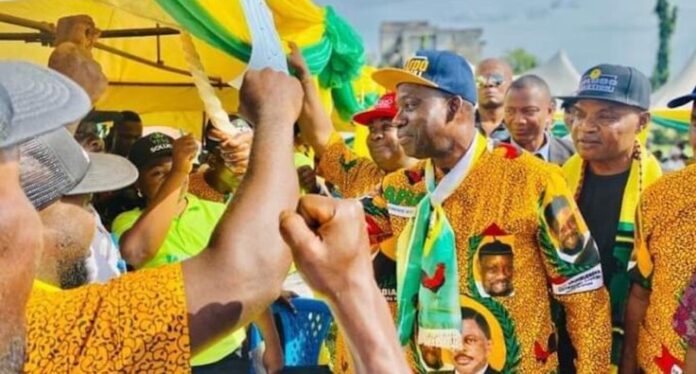 People of Aguata in Anambra state have warned governorship candidates from Anambra South zone in the just concluded November 6 poll threatening to head to the Election Petition Tribunal against the victory of Prof. Chukwuma Soludo as governor-elect to perish the idea or face the wrath of the people of the zone.

The indigenes, under the aegies of Nzukora, Old Aguata Union (OAU) Anambra State traders stressed that Soludo should not be distracted by his own kinsmen.

The Coordinator General, Comrade Peter Okala, in an open letter to the chairman of OAU worldwide, Igwe Promise Eze of Umunze, made available to newsmen on Sunday, urged the guber losers to exhibit the spirit of sportsmanship in the interest of peace and tranquility.

He said, “After a wide consultation with all the interest groups and major stake holders wish to write an open letter to our amiable National Chairman of the 45 comunities in the Old Aguata Union (OAU) in the person of His Majesty, Igwe Promise Eze, the Ablilikete of Umunze over the out come of the just concluded governorship election in Anambra state in which the son of our noble union, Soludo, emerged victorious.

“We hereby call on all the losers to show spirit of sportsmanship as we are disposed to take all necessary steps, both legal, spiritual and otherwise to discourage all manners of distraction because our expectation is high.”

He urged the monarch to use his good offices to prevail on the losers to sheath their swords adding that, “we are not biased as any such support would have also be given to whosoever if not Soludo.”

He congratulated the Independent National Electoral Commission (INEC) for proving to be independent as well as security agents for their resilience and dogged efforts throughout the period of the election.

“Our commendation also goes to the IPOB for cancelation of the sit-at-home order that gave Ndi Anambra the confidence to come out to participate in the lawful duty,” he added.