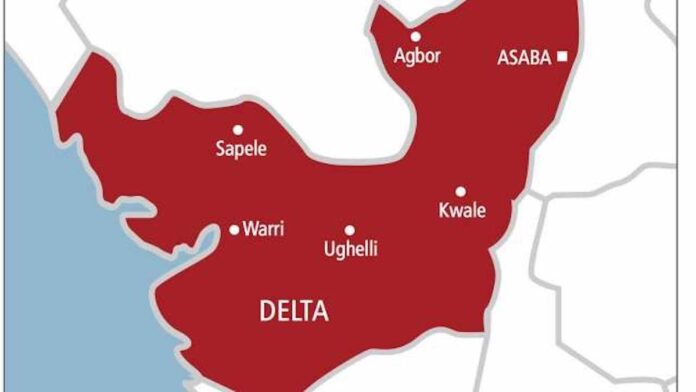 Chief Upaka, the Atamu-Ekiru of Ughievwen Kingdom, made this known on Wednesday in a statement in which he stressed that neither the State PDP nor the Urhobo Progressive Union (UPU) ever mandated Chief Amori to prune aspirants.

While advising Amori to desist from doing anything that will bring his name to disrepute, Upaka further stressed that the move to prune down aspirants was against the extant laws of the federal republic of Nigeria and indeed the laws governing elections in the country.

Upaka stated that only the PDP has the mandate to prune down aspirants as enshrined in the party’s constitution and backed by the Independent National Electoral Commission (INEC), saying that, however, Amori has done very well in his quest to canvass support for Delta Central, and that it should end there.

“Chief Ighoyota Amori came up with a fine idea to form DC-2023 to lobby other senatorial districts to allow Delta Central to produce the next Governor of Delta State come 2023 after our Amiable Governor, Senator (Dr.) Ifeanyi Okowa has finished his tenure successfully.

“Chief Amori has done very well in that assignment and he also used that opportunity to make so much money for himself to contest his senatorial ambition, which we are not sure he will win yet because of his anti-party activities against others.

“Now Amori is trying to create a very big problem in PDP by saying he is going to screen and prune the gubernatorial aspirants in Delta Central, so that there will be problem within the party for him to vote Ovie Omo-Agege again in his usual way of anti-party activities.

“Chief Ighoyota Amori is working towards that by trying to cause crisis in the PDP as he is trying to screen and prune the gubernatorial aspirants in Delta Central to three and later to one, because he was not given such power by the party or Urhobo Progressive Union (UPU).

“Those who know Chief Ighoyota Amori should kindly advise him not to take undue advantage of the lobbying he has done very well to do other things that will drag his name to the mud,” Chief Upaka stated.

Student beats teacher to death for flogging his sister