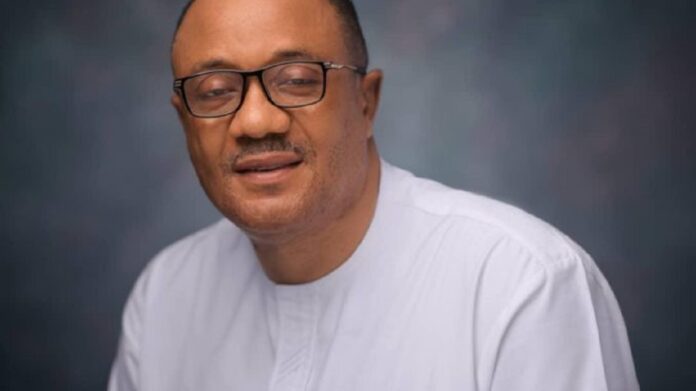 – Supporters slept on hotel corridors, given N200 for transport

Over 3,000 supporters of the African Action Congress (AAC) candidate in the coming Nov. 6, Anambra state gubernatorial election, Dr Chidozie Nwankwo have been stranded in Awka, the state capital.

The supporters were mobilized as a rented crowd to fill up the field of the Finotel Hotel, where the candidate was billed to held his campaign flag off.

Our Correspondent who was at the campaign which held on Saturday reports that, Nwankwo along with the AAC national chairman, Chief Leonard Nzenwe had addressed the supporters at a campaign rally at Finotel hotel, Awka, where he marshalled out the various development plans of his administration for the state, and, urged the people to ensure that he won the governorship poll.

He explained that he was forced to run under the AAC platform because the powers-that- be in the All Progressive Congress (APC) where he initially aspired to fly its flag imposed Sen. Andy Uba as the party’s candidate.

He promised to transform the state into a Dubai if elected governor, create jobs for the teeming unemployed youths, improve life standard of indigents, and, ensure that the agricultural, education, and, health sectors became transformed.

Trouble however started for the thousands of people who were at the rally ground when the event came to an end, but the money said to be used to hire them to attend the event was not paid.

The crowd first started by complaining that they were not even given pure water sachets to drink since they came to the campaign rally, and were yet to be given the transport money promised them before coming.

One of the stranded supporters said: “I am a member of the Kingdom Care Foundation, KCF, Dunukofia local government. Since we came here, nobody has given us even a pure water sachet, not even gala to eat. The worst now is that I don’t know how I will go back, because, there is no transport money.

“They say that we should go to our coordinator on Wednesday to collect our money. This treatment is not good. Many of us will now divert to another parties.”

Other support groups whose members were at the rally included “Jesus’ Wives ( widows), Team New Anambra, AT Winning Team, Women of Faith, among several others.

Our Correspondent however reports that not even the plea of the director of the governorship campaign organisation, Prophet Ejike Nwachukwu could assuage the angry crowd.

Nwachukwu assured the supporters that he would make sure that whatever was earmarked for them got to them on Wednesday.

“As a man of God, I will not allow anyone who came here to be denied what he is supposed to receive. Go to your coordinators on Wednesday in your wards, and, you will receive what you’re are supposed to get”, Prophet Nwachukwu assured the stranded supporters.

Meanwhile, hundreds of the supporters of the party slept on the corridors of the Finotel Hotel, after they had been thoroughly drenched by rain.

A 60 year old woman, who gave her name as Mrs Jane Okoye said: “How can I go back to Nteje now? I just came here because I thought it could be an opportunity to get something, but I’m disappointed.

The young people among the disappointed crowd were later said to have besieged some leaders of the party who were said to have escaped into their hotel rooms to avoid the angry crowd.