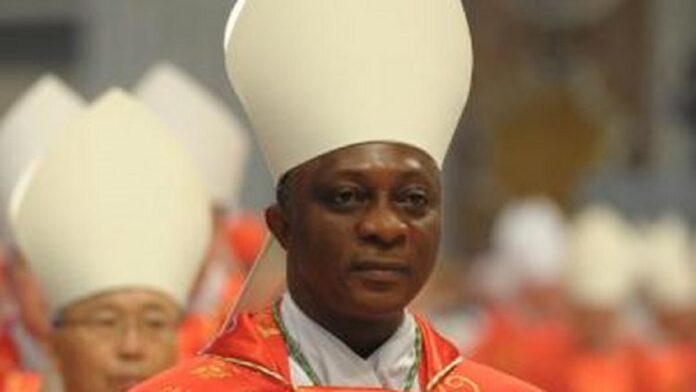 The Catholic Archbishop of Lagos state, Most Reverend Alfred Adewale-Martins, has stated that Nigeria’s next president should be from the South-East region.

The cleric, who spoke at the weekend during the 2021 Catholic Women Organisation of Nigeria (CWON) meeting in Lagos said President Muhammadu Buhari’s successor must be an Igbo man.

According to him, an Igbo becoming the country’s leader would amount to equity and justice.

Adewale-Martins noted that other zones have occupied the number one position except the South-East.

He further opined that true federalism would resolve the unending agitations for self-actualisation by ethnic nationalities.

Adewale-Martins insisted that the system of government Nigeria’s founding fathers wanted is not being practised.

“The disenchantment of the citizens speaks volume of our dysfunctional system of federalism laced with the Nigerian factor as against the true practice,” the News Agency of Nigeria quoted him as saying.

The Archbishop lamented that many innocent people had been killed due to disunity and imbalance.

While urging women and youths to use their numbers to make a difference, Adewale-Martins urged stakeholders in politics to always ensure “good persons” emerged as flag bearers.