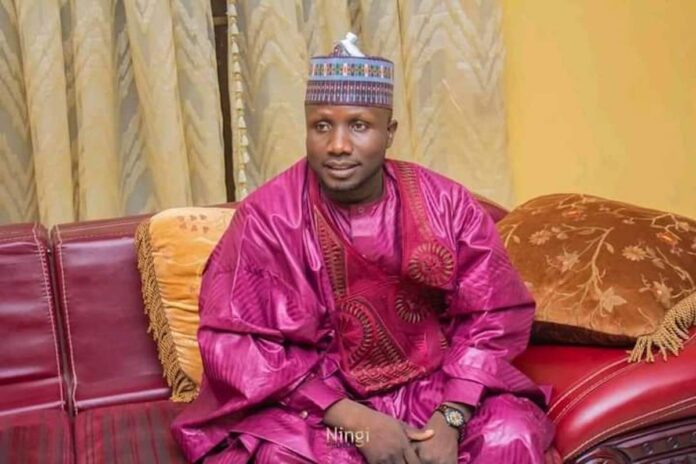 Burra communities in Ningi Local Government Area of Bauchi State has alleged that they pay over 72mn as ransom to bandits after abducting their kinsmen before they release them from captivity last year.

Ningi Local Government Chairman Mamuda Hassan Tabla stated this while speaking with newsmen in Bauchi, He said  “We received complain from Farmers Associations from Burra communities about the influx of strangers from Zamfara State numbered about 5000 households , they settled in the bush, they are cutting trees and they are farming in the area they even built Jummaat Mosque, and after they settled there ,the communities witnessed series of abduction of their people and if a person is abducted they will ask him to take ransom to Zamfara within last one year the community said they paid over 72mn as ransom.

Mamuda said , when we received the report and investigated the matter , the present administration inherited the problems because, we understood that people from other states started settling in to the bush since 2012 , and series of kidnapping is taking place even in Ningi town , but when we came I reported the matter and their complain to his Excellency the Executive Governor of Bauchi State Senator Bala Mohammed , who sat with us three times on security issuess in our area and he took urgent action to addressed the problem, he sent fighter Jets that ransacked the bush and clear criminals  from Lame Burra game reserve.”

The Governor “deployed Security personnel to protect the people and we recruited hunters and vigilantes as part of effort to protect the lives and properties of our citizens which reduced the activities of banditry in our area”.

He said the communities are afraid on the activities of the people kidnapping their people and they are gradually taking way their farms which in extension put them in abject poverty, because they paid ransom and they lose their farms.

Mamuda said we met with traditional rulers and security operatives and all relevant stakeholders we are compiling the report and we will take it to the State government for necessary action.

He commended the Governor Bala  for his prompt response on issues that affects the security and well being of the society “especially the laudable development projects that has direct bearing to the lives of people being executed by his government , the projects are scattered to all nooks and crannies of Ningi local government areas”.

Chairman listed some of the Projects that included construction Mass Housing, constructions of Schools , siting Mega school in Ningi , provision of water, and building of Hospitals and maternities.

You would recalled that last February a prominent Politician in the area Alhaji Mato Burra was abducted by unknown gun men his family paid ransom  to bandits in Zamfara State, but uptil today the communities didn’t hear anything about him they collected the money they didn’t release the victim.

Recently district Head of Lame Sarkin Yakin Bauchi raises alarm over the presence of strangers  in Lame Burra forest, he said their presence  become  a threat to security of lives and properties in Toro and Ningi local government Areas.