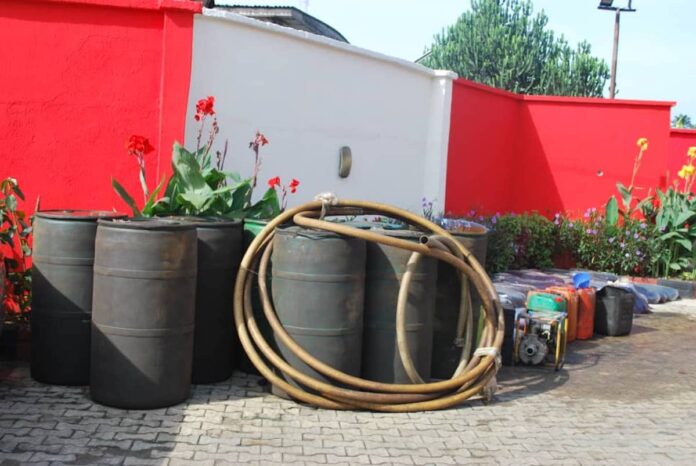 They were arrested alongside one Tanker with registration number XR 690 PHC, loaded with suspected illegally refined product. Other items recovered from them are: a Toyota Camry car,  eight  drums,  five jerry cans and 65 sacks of products suspected to be illegally refined petroleum product and a pumping machine and hose.

The suspects would be charged to court as soon as investigation is concluded.