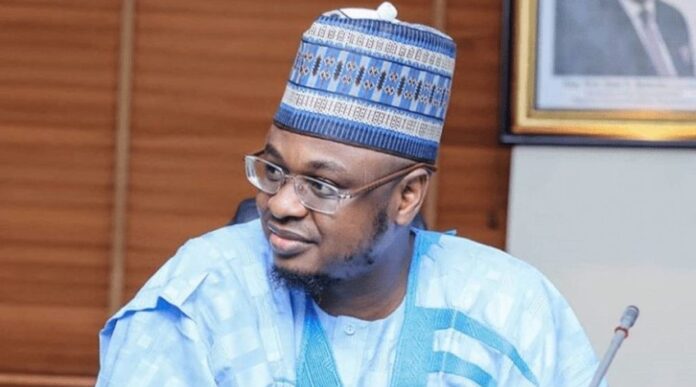 Sheikh Isa Pantami, Nigeria’s Communications Minister has been trending on social media after a print media, Daily Independent, claimed he is a terrorist in the watch list of the United States Government. Since then , the embattled cabinet minister have employed all manners of tactics including hiring writers, threats, hacking of accounts, denial and all sorts to deny the terrorist tag on him.  Though it was reported that the story was retracted, I know the circumstances that led to the retraction, and I know that Pantami had unleashed paid writers to defend him at all costs.

I do not know Pantami personally, but during the early menace of Boko Haram, I was told about an intelligent, scholarly, digital minded Northerner at Abubakar Tafawa Balewa University by name Isa Pantami. I was told this scholar is equally a Muslim fanatic. I don’t have problem with fanaticism, provided it does not impede on another person’s faith.

I knew that Buhari and Sanusi are both fanatical about their faith and I have always supported them in their travails with the political systems, all through 2003 till date. The fight against Boko Haram was engulfing Jonathan, and we enlisted many to either force him to take action or get booted out.

One name that always drops when I interact with northern clerics and intellectuals is Pantami. While the Muslims believe he is a patriot, my Christian friends warned me that Pantami is a terrorist who instigated further crisis in Jos during the Jona -Jang era by asking Muslims to fight Christians. I was also told that as Chief Imam he instigated crisis in ATBU and led to the murder of a Christian Student leader of ECWA by name Sunday Achi, for daring to host religious programme on campus.

I gathered information on the activities of Boko Haram from multiple sources in the North, and these information reflected in my opinion piece, and the reports I send to some foreign media who wanted clarifications. Out of caution, I chose not to contact Isa Pantami.

When the Chibok girls were captured, the Obama led administration was in high level military mobilization to rescue the girls. It was said that the plot was leaked to the Boko Haram members in Sambissa Forest, and The plot was aborted by the US team, and they resorted to tactical advice to the Defense Headquarters.

I hinted at it in my piece of 2014 titled ‘Why US Gov’t Refused to Assist Nigeria with Technology to Fight Boko Haram….’ thus;

“1 It was the US that first alerted the world that 10 Generals of the Nigerian Army were among 15 officers being secretly investigated for passing sensitive information to Boo Haram.

“2. It was the US that officially verified information from local observers, villagers and hunters that Boko Haram had split the Chibok Girls into three, taking them to different camps

“3 It was the US that confirmed that due to probable high level sabotage, the only way to release the Chibok girls would be through high powered negotiations since any attempt to embark on a rescue operation would likely be sabotaged, endangering the lives of both the Chibok Girls and the US troops.

“11 The internal sabotage which led to the botched phased release of the Chibok girls was a source of worry, especially when it was discovered that two groups played role in the botched operation independently, without the knowledge of the other. The first group has the Presidency fingered while the second group believes that opposition financiers of Boko Haram created the fear that botched the earlier scheduled release of the Chibok girls”

I remember, after the botched attempt to release the Chibok girl, an infuriated diplomat told me that the military and influential clerics sabotaged the attempt to rescue the Chibok girls, and Pantami’s name was dropped.   A military commander then complained that Pantami is among the clerics weakening the morale of troops, especially whenever they attack Boko Haram hideout, by claiming that they are killing innocent civilians.  Because I hate killing innocent civilians under the guise of military intervention, I declared Pantami guiltless.

Therefore, since my information on Pantami’s link to Boko Haram is not conclusively verifiable, I cannot reliably classify him as a terrorist. Buhari was termed a Boko Haram sponsor even when intelligence at the time pointed otherwise, but for political expediency, the Boko Haram tag was hanged on the Katsina born general.

However, Buhari should order an investigation of Pantami to know whether he has links with the terror group that has wasted over 50,000 lives. If an investigation proves him guilty, Pantami should resign.

I am making my views public as a Buharist , APC  supporter, and one of those who worked for his emergence as President in 2015 and 2023. We sacked Jonathan due to corruption and mounting insecurity, and we cannot have a terrorist in Buhari’s cabinet. This goes beyond party affiliations and sentiments. I had condemned Senator Ali Ndume in the past for links with Boko Haram. I have condemned former Vice President Sambo severally for authorizing Ali Ndume to interact with Boko Haram. That was they hey days of insurgency in Nigeria when the terrorists unleashed mayhem in Abuja, Kano, Kaduna, Kogi, and Plateau, not minding the strangleholds in Borno, Yobe and Adamawa.

The mounting insecurity has caused me to come out of my shell to condemn the APC Government for timidity in the face of banditry attacks. I wrote recently in a piece, ‘Fulani Bandits Attacks and Buhari’s Timid, Negative Response ‘that …

“Buhari should know that Fulani’s in Nigeria is 4 million out of 180 million Nigerians. 2million are of voting age and Buhari got close to 15 million votes in 2015 and 2019. It follows that about 13 million non-Fulanis voted for him. He is duty bound to protect every Nigerian, not just the 4 million Fulani people. Fulani’s are not bad people; I know many good ones, including Christians with whom we have embarked on Gospel Missions together in Nigeria and parts of West and North Africa. They feel the same way as I feel. They want their Fulani kith to be reformed rather than radicalized. They believe that Buhari is not refining the foreign Fulanis to the culture of the Nigerian Fulani. The local herders are powerless before their foreign bandit kinsmen, and Buhari’s response to this security situation is very timid and negative.”.

And followed another one titled ‘ ESN attacks and Planned Massacre of Ndigbo in the North’ and warned that….

However, if it is proven that he, like Ali Ndume, have changed his views, repented, eschewed divisive tendencies, and embraced the unity, peace and progress of Nigeria, over time, Pantami should be left alone.

The way the North is defending him is touching on the sensibilities of Southerners. We never condoned Jonathan when he failed to rid his cabinet of Boko Haram members, whom he admitted were in his cabinet.  Let the North rise above religious and tribal sentiments for once, and stand for national cohesion.

Pantami, no doubt held extremist views. Many of my northern friends, who held extremist views yesterday, have abandoned them today. That’s why Sharia failed in the North, except for Kano. Let Pantami prove beyond all reasonable doubt that he has changed and that the NIN is not to be used to monitor and destroy innocent Nigerians.

Pantami, a terrorist in Buhar’s government? I hope this digitally minded Muslim intellectual is not guilty.