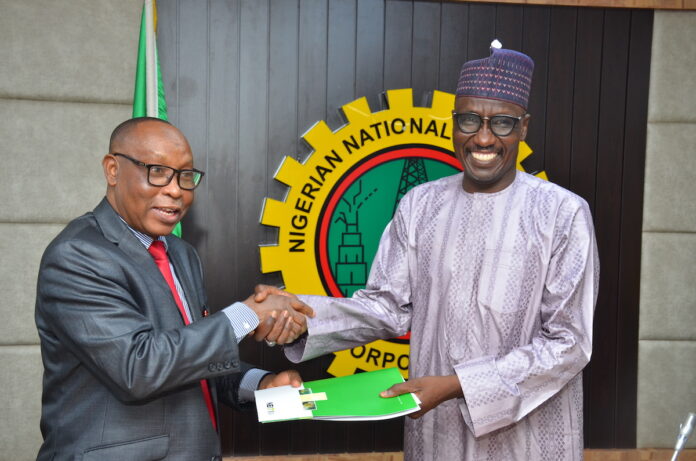 The Nigerian National Petroleum Corporation (NNPC) has begun to reap the benefit of its management’s commitment to transparency and accountability with bountiful opportunities of private sector financing for its projects.

This was disclosed by the Group Managing Director of the NNPC, Mallam Mele Kyari, while playing host to the management team of the Nigeria Extractive Industries and Transparency Initiative (NEITI) led by its Executive Secretary, Dr. Orji Ogbonaya Orji, at the NNPC Towers, Abuja.

Mallam Kyari stated that the publication of the Corporation’s Audited Financial Statements has significantly improved investors’ confidence in the corporation and was instrumental to the speedy facilitation of the financing agreement for the rehabilitation of the Port Harcourt Refinery by the African Export Import Bank (Afreximbank).

“Since we opted to disclose our financial statements, the speed with which we close financial transactions has been monumental. We now close deals at a quarter of the time we used to them and that is very critical,” the GMD noted.

He restated his commitment to work with NEITI and urged the Executive Secretary and members of his management team to avail themselves of details of the Corporation’s operations, especially the monthly engagement with the Federation Accounts Allocation Committee (FAAC), on the NNPC website.

Speaking earlier, the Executive Secretary of NEITI, Dr. Orji Ogbonaya Orji, described NNPC as a key partner of the agency whose role in the industry stands “clearly on the orbit”.

He commended the GMD for the regular engagements and effective communication between the two organisations, adding that such engagements were necessary to create value.

The NEITI boss said there was need to build on the existing relationship with a view to deepening the culture of transparency in the oil and gas industry, stressing that there was no need for confrontation on issues that can be resolved amicably.

“When we see an agency like NNPC listening and being able to make themselves available for discussion, we will explore that option, it’s more useful to us than fighting on the pages of newspapers,” he stated.

Dr. Orji also expressed support for the ongoing engagements on the Petroleum Industry Bill (PIB) which he said would help close all possible gaps in the proposed legislation.