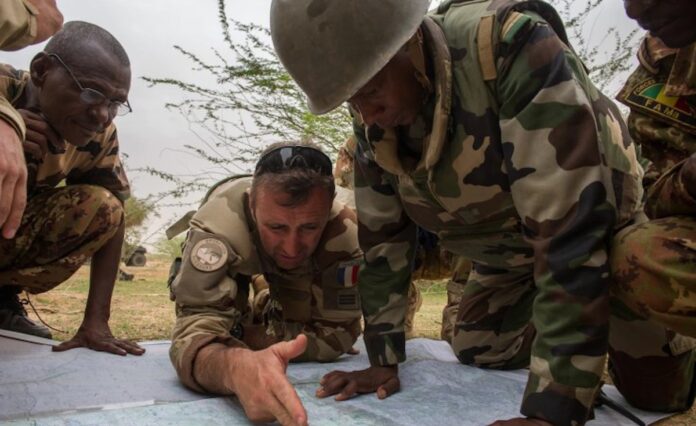 Chad’s army said Monday it had killed more than 300 rebels following a heavily armed group’s election day incursion in the country’s north and the government sought to assure concerned residents that calm had been restored.

An army spokesman said five soldiers had also been killed in the fighting which followed a rebel offensive beginning on April 11, the same day as a presidential election that is sure to extend the 30-year rule of Idriss Deby Itno.

But while the military said the offensive in the provinces of Tibesti and Kanem had been put down, the rebels claimed successes and the US and British embassies issued warnings over the fighting.

Much remained unclear regarding the offensive, which began when a heavily armed rebel group launched a raid from its rear base in Libya.

The prisoners included three senior rebels, while 36 soldiers were wounded, he said.

While the government had said Saturday that the rebel offensive was over, fighting had in fact resumed Sunday afternoon, Bermandoa said.

“The situation is now calm on the front,” he said.

The rebel raid was carried out by the Front for Change and Concord in Chad (FACT), based in Libya.

The group has a non-aggression pact with Khalifa Haftar, a military strongman who controls much of Libya’s east.

FACT said in a statement on Sunday that it had “liberated” the Kanem region.

– Tanks in the capital –

Bermandoa said 24 vehicles had been seized and that mopping-up operations were ongoing to “track down the last ones fleeing”.

But there were was panic in some areas of the country’s capital N’Djamena on Monday after tanks were deployed along the city’s main roads, an AFP journalist reported.

The tanks were withdrawn in the late morning apart from a perimeter around the president’s office, which is already under heavy security during normal times.

“The establishment of a security deployment in certain areas of the capital seems to have been misunderstood,” government spokesman Cherif Mahamat Zene said on Twitter.

“There is no particular threat to fear,” he added.

France’s embassy said in an advisory to its nationals in Chad that the deployment was a precaution and there was no specific threat to the capital.

Roland Marchal of the Centre for International Studies at France’s Sciences Po university said the rebels were still 500 kilometres (around 300 miles) from N’Djamena.

“Deby’s interest is not to fight them as far out as possible but to keep troops around the capital,” he said.

The Tibesti mountains near the Libyan frontier frequently see fighting between rebels and the army, as well as in the northeast bordering Sudan. French air strikes were needed to stop an incursion there in February 2019.

On April 11, the Union of Resistance Forces (UFR), led by Deby’s nephew Timan Erdimi, entered Chad from Libya in columns of pick-up trucks.

The UFR said Sunday that it supported FACT, but without saying whether its fighters took part in Saturday’s clash.

The UFR was allied with Chadian rebels in 2008 when they launched a coup attempt, stopped at the gates of the presidential palace by a French military intervention.

FACT is mainly made up of the Saharan Goran people, while the UFR is majority Zaghawa, the president’s ethnic group.

The US embassy in N’Djamena on Saturday ordered non-essential personnel to leave the country, warning of possible violence in the capital.

But Chadian Foreign Minister Amine Abba Sidick said Sunday: “The military situation is well under the control of the Chadian army.”

Meanwhile vote-counting was continuing from the April 11 election in which Deby is assured victory after sidelining his main rivals.

Deby, who has ruled the former French colony with an iron fist and is a key Western ally in the fight against jihadists in western and central Africa, campaigned on security issues in the troubled region.

Preliminary results will not be announced until April 25.