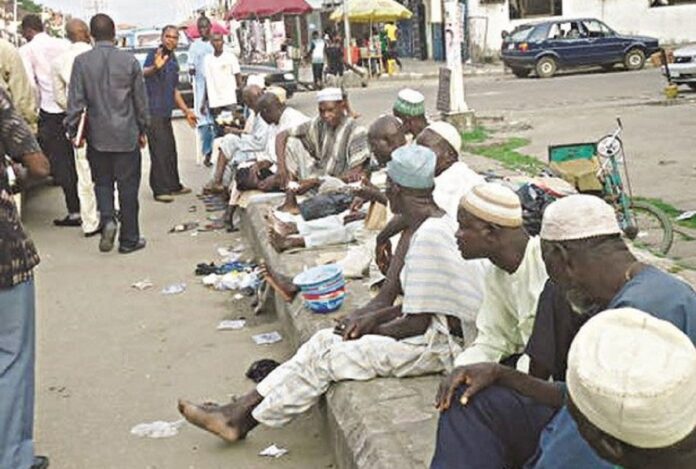 The Kano State government says it has arrested 500 beggars for allegedly violating the law that bans street begging in the state.

The State’s Commissioner for Women Affairs and Social Development, Dr Zahra’u Muhammad-Umar, made the disclosure while repatriating the beggars in Kano on Friday.

Muhammad-Umar said that the beggars were arrested in Kano metropolis with 70 per cent being women and children, and 30 per cent men.

“Those arrested included women, children, men and Almajiris. The children don’t go to school and have no good food to eat,” she said.

According to her, the decision to arrest the street beggars is to safeguard their future and make Kano and Nigeria a better place for all.

“We noticed that bad behaviour is mostly found within the beggars.

“We will continue to arrest them to ensure sanity and rid the streets of all forms of crimes,” she said.

Muhammad-Umar explained that a 70-year-old woman was also arrested with cigarette and matches found in her possession.

“This kind of woman could spoil our children’s behaviour and the society at large.

“Street begging affects the lives of our children, especially when you employ Almajiris to work in your house,” she stated.

She commended Gov. Abdullahi Ganduje for supporting the ministry to empower the beggars.

“We have taken down their names, local governments, phone numbers and repatriated them back to their various homes and states, while they will be empowered.

“For those beggars repatriated to neighbouring states, an agreement letter will be written by their Ward head and any one arrested for the second time would be charged to court,” she said.

The commissioner said the ministry would soon begin the evacuation of street hawkers, especially young girls hawking on the streets.

She urged the people of the state, especially women,  to take care of their children to be good citizens.

“As long as I remain the commissioner, I will make sure Kano is free from street begging,” she said.

She further revealed that the ministry would also go to Islamic schools and repatriate the Almajiris to their homes and neighbouring states, especially those who go out to beg for food.

“The government has since met with Tsangaya teachers not to let their students roam on the street in other to address the lingering problems of begging,” she said.