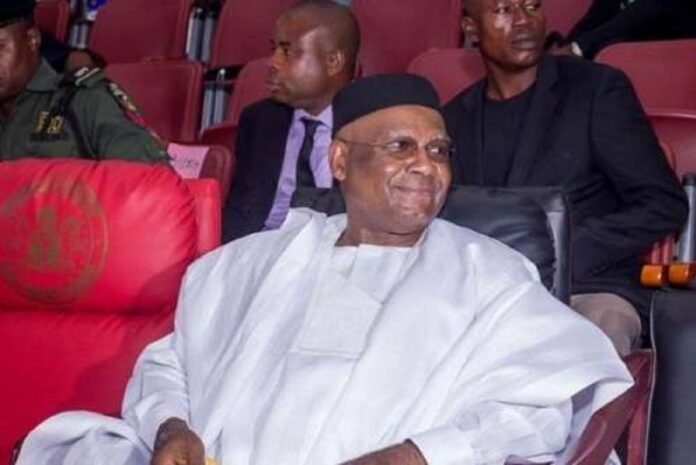 The foremost Enugu state political group otherwise known as ‘Ebeano political family’, founded by former governor and incumbent Senator Chimaroke Nnamani has declared it has reconciled all its members for peace and good governance in the state.

The group’s coordinator and former Secretary to the Enugu State Government, Dr. Dan Shere, disclosed this while briefing journalists in Enugu on Friday on its plan to honour one their own and ambassador of Ebeano political family Governor Ifeanyi Ugwuanyi on Saturday (today).

Shere said, “the only distraction we have in Ebeano is that we have had quarrels in the past, which is natural. There are inborn tendency in men to disagree; if people don’t disagree then they are not human. It is human to see things differently and sometimes when you see something differently you may interpret them differently. There might be resistance from some other person; so there could be misunderstanding but the important thing is after those misunderstandings we have settled.

“We have come under one political umbrella which is Ebeano and we are saying that there is total forgiveness and total reconciliation,” he declared.

Shere however, noted that the founder of his group, Senator Nnamani will lead the group on the solidarity visit to Governor Ugwuanyi on Saturday.

While ruling out 2023 guber politics in the visit, Shere said, “The Governor, His Excellency Rt. Hon. Ifeanyi Ugwuanyi is one of us; he is the present ambassador of Ebeano.

“So, the Saturday event is to solidarize with him; to let him know that he has represented us well and we are well pleased with him.

“It has nothing to do with 2023; we are going to the Government House to let him know that we are solidly behind him.

“Everybody can attest to the fact that there is peace and security in Enugu. People go about their businesses here without fear. The urban renewal and rural development projects are also so visible for us to see.”

“Ebeano is not a political party, it cuts across the PDP, APC, and non-political actors. So, it is very much alive. Ebeano never slept,” he added.

Shere however stated that Ebeano have provided leadership in Enugu since 1999 till date, adding “Ebeano is Chimaroke Nnamani, Ebeano is Sullivan Chime, Ebeano is Ifeanyi Ugwuanyi. These are ambassadors of Enugu dream and in dream people interpret it the way they understand it.

“Chimaroke came interpreted his dream for Enugu, Sullivan interpreted the dream the way he understands it and Ifeanyi Ugwuanyi is present ambassador and leader of Ebeano.”