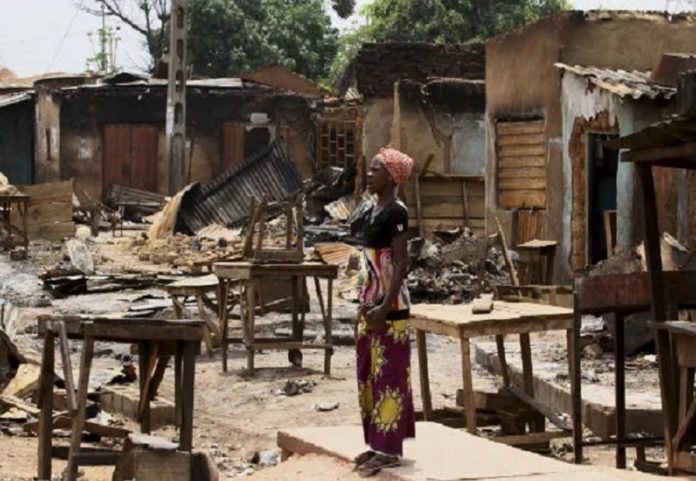 On the 11th, June, 2020, Kaduna state government imposed a 24hrs curfew over Atyap and Chawai  Chiefdoms in Zangon Kataf and Kauru LGAs of Kaduna state respectively. The reason was as a result of tension that was building up after the corpse of  Moses Yusuf Magaji – a 32 year old school teacher of tsam (chawai) origin was found by a bridge on the boundary  separating the two LGAs. The man was apparently murdered  on the outskirts of Zangon Kataf town on a farm under dispute between Hausa settlers of the town and their long time Atyap hosts.

A peaceful protest by Atyap youths same day in Unguwan Wakili (a stone throw from Zangon Kataf)   was brutally suppressed by security men on the convoy of Kaduna State Commissioner of Security and Home Affairs, Mr Sam Aruwan in which one Zachariah Tanko was shot dead on the spot and 13 others sustained grievous gunshots wounds. There was same peaceful protest by Tsam youths  in Bakin Kogi town, in Kauru LGA about 10km away, on the same Samaru Kataf-Saminaka expressway. The peaceful demonstration was also brutally stamped out.

Government has been mum on these ugly incidents as if the victims are not human beings.

The curfew was then extended to cover the entire 2 LGAs. At first, it appeared as a necessary remedy to douse tension and forestall possible break down of law and order – though since 1992, Zangon Kataf town and immmidiate environs has never witnessed any crisis.

On the 17th June, 2020, five Fulani groups addressed a press conference in Kaduna and made very provocative, inciting and libelous statements in which they added wild and unsubstantiated allegations, saying their members were killed by Atyap youths. Thus, the Fulani jumped into  a fray in a matter of a long standing land dispute between Atyap natives and Hausa Settlers of Zangon Kataf town.

The two LGAs have now been under a rigid 24-hours curfew for 19 days and still counting.

97% of those affected by this curfew are indigenous local farmers who are locked up without food or access to their farms. Being predominantly Christains, it is now against the spirit of the curfew to attend church activities. Markets are shut and farming activities have come to a halt. SOKAPU is daily besieged by SOS calls  from starving families. Those who have money in the banks cannot move out. Relieve cannot also reach them as all roads, especially in Atyap Chiefdom are shut.

Yet, Zangon Kataf and Kauru LGAs are not in any form of crisis or conflict. Even in Kaduna town, there was no time that the town was under 24hr curfew for over a week during conflicts.

Fulani herdsmen are hardly affected by  curfews as they always quietly move away in their typical migratory patterns.

This is not the first time that governor Nasir el-rufai of Kaduna state is meting out such a hurtful executive order of no security gains over Zangon Kataf LGA.

On 17th January, 2017, after  4 Atyap youths were  murdered in Samaru market by Fulani militia, instead of ordering a man hunt for the murderers, el-Rufai imposed a punishing  24-hours curfew on Zango Kataf LGA that lasted for two weeks. It creepled the economy of the place and became injuries to the survival and wellbeing of our people.

The Fulani were not affected in anyway by the curfew as they moved on happily with their animals in the bushes.

The current curfew is worse than that of 2016, coming from a covid-19 lockdown in which many are yet to recover.

For weeks now, we have cried hoarse to government  that 15 Adara communities in Kallah and Rimau wards in Kajuru LGA of Southern Kaduna have been sacked and are now under the full occupation Fulani gunmen. Till date government has not gone to challenge that impunity after the mass murder of it’s citizens and the displacement of thousands into destitution.

Yet, the might of the state is deployed to enforcing a punitive curfew on Zangon Kataf and Kauru LGA  where there are no crisis.

It is the cardinal responsibility of government to protect the lives and property of all residents of any area without infringing on their constitutional rights and liberties to purse a living.

SOKAPU is therefore pleading with the government of Kaduna state  to lift this curfew and ease the suffering of our people.

We are also calling on the National Assembly, the Nigeria Human Rights Commission, opinion and religious leaders, good spirited persons and the international community to intervene in this matter.