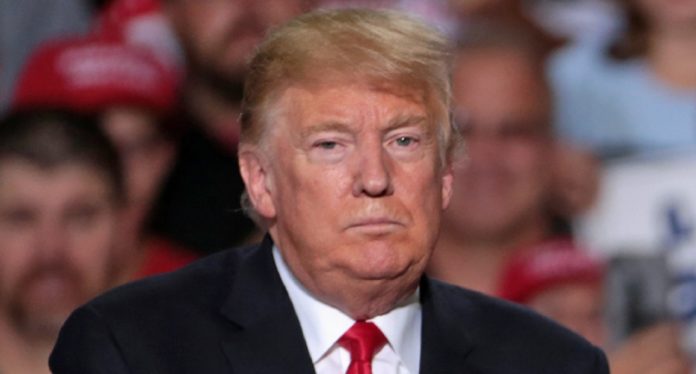 He supported Jeb Bush in the 2016 presidential primary race and cast a protest vote in the general election for Gary Johnson, the Libertarian nominee. An Air Force veteran, Wagner described the Trump presidency as a mortifying experience: His friends in Europe and Japan tell him the United States has become “the laughingstock of the world.”

This year, Wagner said he would register his opposition to Trump more emphatically than he did in 2016. He plans to vote for Joe Biden, the presumptive Democratic nominee, and hopes the election is a ruinous one for the Republican Party.

Wagner is part of one of the most important maverick voting groups in the 2020 general election: conservative-leaning seniors who have soured on the Republican Party over the past four years.

Today, Trump and Biden are tied among seniors, according to a poll of registered voters conducted by The New York Times and Siena College. And in the six most important battleground states, Biden has established a clear upper hand, leading Trump by 6 percentage points among the oldest voters and nearly matching the president’s support among whites in that age group.

That is no small advantage for Biden, the former vice president, given the prevalence of retirement communities in a few of those crucial states, including Arizona and Florida.

No Democrat has won or broken even with seniors in two decades, since Al Gore in 2000 devoted much of his general election campaign to warning that Republicans would cut popular programs like Social Security and Medicare. In 2016, Trump, now 74, seemed in some ways keenly attuned to the political sensitivities of voters in his own age group. As a candidate, he bluntly rejected his party’s long-standing interest in restructuring government guarantees of retirement security.

But Trump’s presidency has been a trying experience for many of these voters, some of whom are now so frustrated and disillusioned that they are preparing to take the drastic step of supporting a Democrat.

The grievances of these defecting seniors are familiar, most or all of them shared by their younger peers. But these voters often express themselves with a particularly sharp kind of dismay and disappointment. They see Trump as coarse and disrespectful, divisive to his core and failing persistently to comport himself with the dignity of the other presidents that they have observed for more than half a century. The Times poll also found that most seniors disapproved of Trump’s handling of race relations and the protests after the death of George Floyd.

And as the coronavirus pandemic continues to sweep the country, putting older Americans at particular risk, these voters feel a special kind of frustration and betrayal with Trump’s ineffective leadership and often-blasé public comments about the crisis.

The president has urged the country to return to life-as-usual far more quickly than the top public health officials in his own administration have recommended. Some prominent Republican officials and conservative pundits have even suggested at times that older people should be willing to risk their own health for the sake of a quicker resumption of the business cycle.

In The Times poll, seniors in the battleground states disapproved of Trump’s handling of the coronavirus pandemic by 7 points, 52% to 45%. By a 26-point margin, this group said the federal government should prioritize containing the pandemic over reopening the economy.

Former Rep. Carlos Curbelo of Florida, a 40-year-old Republican deeply versed in the politics of the retiree-rich swing state, said many seniors were disturbed by important aspects of Trump’s record and found Biden a mild and respectable alternative who did not inspire the same antipathy on the right that Clinton did in 2016.

Regarded by much of his own party as bland and conventional, Biden’s nostalgia-cloaked candidacy may be uniquely equipped to ease a sizable group of right-of-center seniors into the Democratic column, at least for one election.

“He’s not ever been known to be a radical or an extreme leftist or liberal, so there is certainly a degree of comfort there,” Curbelo said. He added: “This public health crisis is so threatening, especially to seniors, and because the president hasn’t earned high marks in his handling of it, I think that has also been a factor in Biden’s improving numbers.”

Biden and his allies have expressed growing excitement about the political possibilities that the shifting senior vote could create in the fall. That is true not only in Sun Belt retirement havens but also in Midwestern states where Biden is currently running well ahead of Clinton’s 2016 performance with a range of conservative-leaning constituencies, including older white people.

In Iowa, former Gov. Tom Vilsack, a close Biden ally, said the former vice president had closed a substantial deficit in the state through his response to the coronavirus, his connection with older rural voters and his ability to empathize.

“Part of it is the demeanor he has projected during the course of this pandemic,” Vilsack said, before acknowledging, “As much as Joe’s doing, it’s probably as much or more what the president has done or failed to do.”

He cited an ad from a group of anti-Trump Republicans that cast Trump’s approach to crisis as erratic and selfish, unlike past presidents who have confronted national tragedies like the Challenger disaster and the Oklahoma City bombing.

“Each of those presidents was able to connect emotionally to the feelings of the nation,” Vilsack said. “This president has had a really, really hard time doing that.”

Trump’s ineffective response to the coronavirus weighed on the thinking of many older voters surveyed in the poll, including Patrick Mallon, 73, a retired information technology specialist in Battle Creek, Michigan.

Mallon said he was a registered Republican who had long been unhappy with Trump but mindful that he was presiding over a strong economy. The pandemic set Mallon firmly against Trump’s reelection.

“The main reason is Donald Trump saying, ‘Don’t wear a mask, this thing is going to go away, we can have large gatherings,’” he said. “Everything he says is incorrect and dangerous to the country.”

When young people contract the coronavirus, Mallon added, “most of them will survive, but they’re going to give it to their parents, their grandparents — and I’m sorry, we’re just as important as that younger generation is.”

The abandonment of Trump by older voters is far from universal, and he still has a strong base among older white men and self-described conservatives. Nationally, the oldest voters approve of Trump’s handling of the economy by 12 points, more than double the figure for voters of all ages.

Even among some seniors supportive of Trump, however, there is an undercurrent of unease about the way he approaches the presidency.

Karen Gamble, 65, of Reidsville, North Carolina, said that she was dissatisfied with the overall government response to the coronavirus outbreak and echoed many popular complaints about Trump’s persona. She said she wished, for instance, that Trump “wouldn’t be such a bully and would conform to being in a regal-like position, as our presidents have always been.”

Gamble said she was planning to support Trump in the election all the same, describing Biden as too old and too compromised on matters related to China. But Gamble, who said she has a “severe lung problem,” expressed hope that Trump would change his approach to the pandemic.

“We can’t blame him for this — how many presidents could really do any better than what he’s done?” Gamble said, before adding: “I just wish he wouldn’t let the country open up as much as it has. I see all these teens and young people at the beach, and I fear for them because now they’re getting sick.”

In Tucson, Gerald Lankin, a more forceful Trump supporter, said he would back the president mainly as a vote “against the Democrats.” Lankin, 77, said he found Trump’s personal manner offensive but agreed with him on most issues and saw Democrats as “much, much, much, much too far to the left.”

“He hasn’t really done anything that I can say I’m against,” Lankin said of Trump. “I think what he’s doing is the best he can. But, boy, he is tough to take. He is a tough guy to take.”

There may be time for Trump to regain his footing with seniors, along with several other right-leaning groups that have drifted away during the bleakest months of his presidency. His ability to do so could have far-reaching implications not just for his chances of winning a second term, but also his party’s ability to keep its hold on the Senate.

At the moment, Trump’s unpopularity with older voters appears to be hindering other Republicans in states including Arizona and Michigan.

Gayle Craven, 80, of High Point, North Carolina, said that while she was a registered Republican, she had not voted for Trump in 2016 and would reject him again this year. She said she saw Biden as an “honest man.”

“Trump is the biggest disappointment,” she said. “He has made America look like idiots. I think he’s an embarrassment to my country.”

Other older voters leaning toward Biden cautioned that they could still change their minds, like Frederick Monk, 73, of Mesa, Arizona, who said he had voted for Trump but quickly came to see him as “incompetent.”

Still, Monk said his mind was not fully made up. If Biden chooses an overly liberal running mate, he said he could cast a vote for Trump and hope his second term is an exercise in futility.

“Hopefully the Democrats retake the Senate and make his next four years miserable, if he lasts that long,” Monk said.