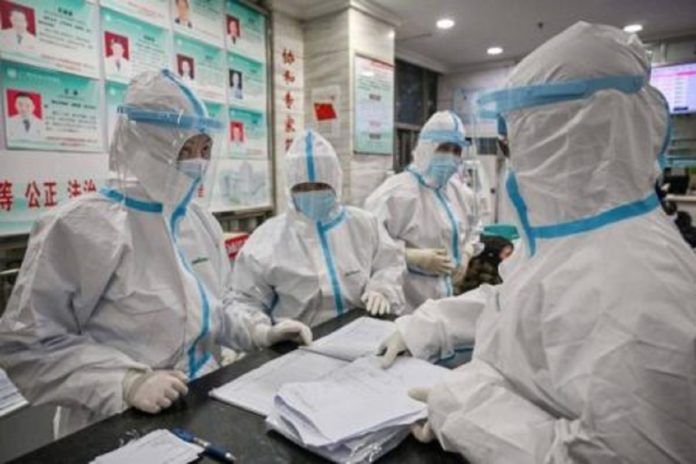 Some Abia residents have expressed concern over the five new confirmed COVID-19 cases in the state in spite of government’s measures to contain the spread of the pandemic.

Gov. Okezie Ikpeazu announced a confirmation of the new cases of the virus on Monday after one of the two initial index cases was successfully treated and discharged.

Reacting to the unhealthy development in an interview with News Agency of Nigeria (NAN) in Umuahia, the residents said that the emergence of fresh cases portend danger for the state.

Dr Felix Onu, the President of the Associaiton of Resident Doctors at the Federal Medical Centre (FMC), Umuahia, said that he was not surprised over the development, considering the lax in the enforcement of the government’s guidelines on prevention against the pandemic.

Onu said that the fresh cases showed that community transmission had been going on in the state.

He said that all the contacts with one of the index cases at FMC tested negative for the virus.

“All the people at the hospital that had contact with an index case that was handled and later discharged went into isolation and later came out negative.

“The implication is that community transmission has been ongoing, since the index cases did not have any travel history,” he said.

He further said that people from other states were still finding their way into Abia, in spite of the border closure and restriction in inter-state travels.

“Our borders are not effectively manned. There is the infiltration of people, even from the virus endemic states, into Abia, hence the fresh cases,” Onu said.

He blamed the porousity of the Abia borders, leading to the alleged entry of people from other states, on “sharp practices at the borders”.

He also alleged that many residents were abusing the ease of lockdown by the state government.

According to him, many residents are skeptical about the reality of the virus in Abia.

“Many of the people are not convinced that the disease exists and they still carry on as if nothing is happening.

“They do not observe social distancing or use of face masks. They say they cannot contract the virus.

“This is unfortunate. People we know have died. Our medical doctor colleagues have lost their lives to the disease.

“So, people should be cautious and comply with the recommended guidelines to check further spread of the virus,” Onu said.

The ARD boss recommended intensive public education and enlightenment by the government and other stakeholders on the need for people to comply strictly with the guidelines.

Also, Chief Obinna Ibe, the Chairman of the Correspondents Chapel of the Abia Council of the Nigeria Union of Journalists, blamed the new cases on the failure by residents to strictly obey the rules and regulations issued by government and health authorities.

Ibe also said that many residents abused the opportunity provided by the ease of lockdown by disregarding the recommended guidelines, especially social distancing.

He urged the inter-ministerial task force on COVID-19 “to up its game” and ensure that residents complied with the guidelines.

He also called for more stringent measures to secure the borders in order to make sure that people from other states were not allowed to come into Abia.

“If you are vigilant, you will discover that people are still crossing the borders from Akwa Ibom, Enugu, Port Harcourt and Imo axis into Abia.

He said that the development called for strict enforcement of the guidelines by government and health authorities.

Obigwe, who said that “human beings are difficult to manage” attributed the development to failure by residents to strictly obey the guidelines “due to corruption and poverty”.

He urged the government to ensure the continued closure of the borders in order to prevent the entry of people from other states into Abia.

The labour leader further called on the government and health workers to urgently embark on the contact tracing of those that might have come in close contact with the fresh cases.

“The only way to arrest further spread of the virus is for the government and health workers to embark on the contact tracing of the people that had contact with the patients as was done with the two initial index cases.

“Government should also ensure strict enforcement of the border closure, while residents should endeavour to comply with all the guidelines issued by the WHO.

“People should strive to obey WHO guidelines by observing social distancing, regular handwashing, use of sanitisers and face masks,” Obigwe said.