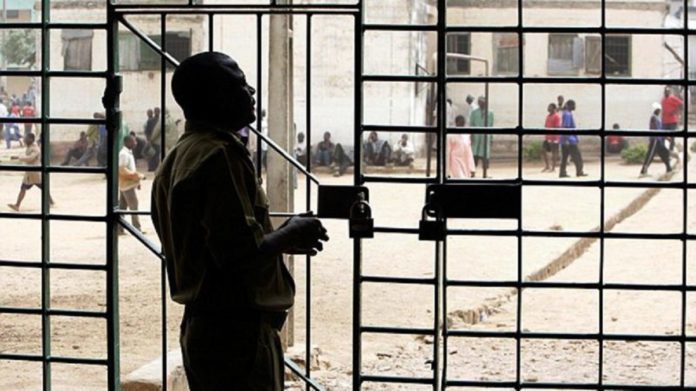 No fewer than115 inmates in correctional Service benefited from the hands of fellowship of President Muhammadu Buhari.

The Attorney General and Commissioner of Justice, Barrister Abdulkarim Kana said the 115 inmates were released unconditionally  with the approval of the President.

He called on the beneficiaries to be good ambassadors of the country, urging them UI to shun drug addiction and anything that is injurious to their lives.

Bar.Kana described all those in Correction service custody as a product of the mistakes they committed in the past.

“And for those of us outside we should also thank God for his Mercy,And is not possible for a Correctional service to be empty”He added

Saying the released inmates should take advantage of the Presidential amnesty not to disappoint the President.

The Commissioner of Justice averted that is optimistic that more inmates would regain their freedom very soon.

The Attorney General who also represent the State Governor, Engr. Abdullahi Sule donated N5000 cash each to the 115 beneficiaries.

Bar.Kana buttressed that the effort was meant to curb COVID-19 scourge that ravaged the globe.

The Commissioner sent a shocking message to the released over the pandemic that paralyzed the world.

“As you are going out there be aware that COVID-19 is in town which some of you may be thinking of remaining in custody”.Saying the pandemic is real”.

The Commissioner for Women Affairs,Halima Jabiru in her speech applauded President Muhammadu Buhari for his benevolence by given amnesty to the inmates.

She further congratulate the beneficiaries of the pardoned and urged them to be good ambassadors of the country.

The controller Prison,Emmanuel Okoro during an exclusive interview charged the released inmates to change a new leaf while enjoying their presidential amnesty.

“You should be a new leaf or else if you come back to the Correctional service it would not be an easy come back for you because we circulated your pictures across the all facilities in the country.

The Governor who was represented by the A. G make a symbolic donation of N5000 each to five beneficiaries, a donation that would go round.