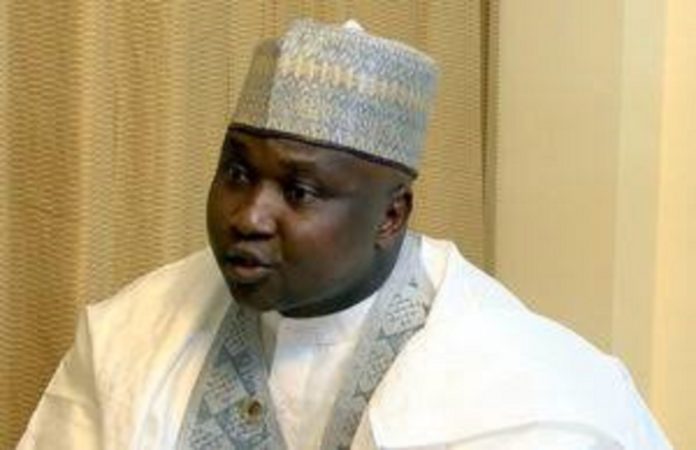 Former Leader of House of Representatives, Ado Alhassan Doguwa whose tenure was short-lived by unfavourable ruling of the Appeal Court in Kaduna has returned to the House as he has won the Saturday’s rerun election in his constituency with landslide victory.

Doguwa dedicated his victory to God, people of his constituency, good people of Kano state and Nigerians who stood by him when he was suddenly removed from his position by the Appeal Court verdict.

He also thanked the state and national leadership of the All Progressive Congress (APC), Speaker of the House of Representatives, leadership and the entire members of House for their support.

Doguwa who was visibly elated over his victory expressed unreserved appreciation to Governor Abdullahi Umar Ganduje for his support and encouragment.

Ado Alhassan Doguwa who spoke to journalists shortly,after been declared winner, expressed satisfaction over the conduct and the large turnout of voters during the re-run, adding that it is an indication that the people of his constituency are anxious to see him retain his seat at the National Assembly and now that won,l am going to disappoint them.

According to him, “we thank God for sparing our lives to witness this day. It is my believe that the impressive turnout is because of the trust my people have in me. And l dedicate this victory to the people of my constituency, the good people of Kano state and Nigerians in general.”

“They took the election very serious because of my relationship with them and the important position I occupy in the House. You can see what happened after the court annulled my election. I enjoyed the solidarity of the leadership of the House and all the members through what I can describe as unprecedented parliamentarian position the House did by refusing to replace my position.”

According to him, “our people are very zealous to see me back to the House. You know that our people are exposed. They have enough political awareness; and by the grace of God, I have not failed or disappointed them in any way, now that l am back all glory be to Allah.”

Doguwa said he would obliged to accept any position offered to him by the House leadership now that he has been reelected, adding that his primary desire is to serve his people and the country in whatever capacity as a lawmaker.

Announcing the result of the rerun election, on Sunday, the INEC Returning Officer of Tudun wada/Doguwa constituency, Prof. Mansur Auwalu Dindawa, said, “Ado Alhassan Doguwa of All Progressive Congress, (APC),having satisfied the requirements of the law is hereby declared winner and is returned elected.”