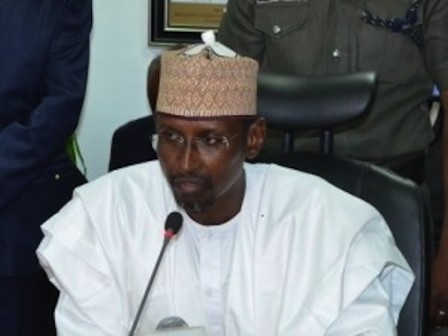 The FCT Minister, Malam Muhammad Bello said that the restriction placed on commercial tricycle operators to certain parts of the city was one of the most difficult decisions that the FCT administration had to make.

Mr Anthony Ogunleye, Chief Press Secretary to the Minister, in a statement on Sunday, said Bello disclosed this during the presentation of the FCT’s 2020 statutory budget to the joint sitting of the Senate and House of Representatives Committees on the FCT.

The minister said that the decision was imperative because commercial tricycles by law should not operate on the express and highways along with vehicles as they pose dangers to both passengers and riders.

According to Bello, most roads within the Federal Capital City, were expressways and thus could not accommodate the presence of the commercial tricycles and motorcycles.

He, however, said that the FCTA was not unmindful of the challenges commuters were facing as a result of the policy, adding that strategies were being put in place to improve on the public transportation situation in the FCT.

Bello said that the FCTA was working closely with the commercial tricycle association to explore the possibility of upgrading their operations to taxi cabs.

“These figures represent a 2 per cent and 0.93 per cent decrease respectively.

“The sum of N121,928,781,417 was proposed for capital expenditure in the 2020 budget, of which N11,550,000,000 is dedicated to the completion of the light rail project and other counterpart funded related projects aimed at enhancing socioeconomic activities in the FCT.

“While other Secretariats Departments and Agencies, SDAs, got N47,942,993,029 for their capital expenditure to address critical areas like ongoing road construction, water treatment plants and related facilities as well as a few new projects.”

He also revealed that the sum of N33.7 billion had been earmarked for the provision of infrastructure in the satellite towns while resettlement and compensation was expected to gulp the sum of N3.4 billion.

Similarly, Bello said the transportation sector was allocated the sum of N14,889,210,813 out of which N9 billion was earmarked for the Abuja Light Rail project including the rolling stock and provisions for other phases.

The minister during the budget presentation informed members of the National Assembly that the FCT Statutory Budget was funded from 1 per cent of the 52.68 per cent Statutory Allocation of the Federal Government from the Federation Account.

Bello also said that the FCT budget was funded by the internally generated revenue and other sources as contained in the Revenue Fiscal Framework for the execution of recurrent and capital expenditure in the territory.

He commended the lawmakers for their support for FCTA and expressed hope that with their legislative and moral support, the challenges facing the FCT would be addressed.

The Chairman, Senate Committee on FCT, Sen. Abubakar Kyari, said the meeting was to deliberate with top management of the FCTA on the provisions in the FCT 2020 statutory appropriation bill and to assess the performance of the FCT 2019 statutory budget.

This, he said, would guide the committee in making provisions and for the quick passage of the 2020 budget.