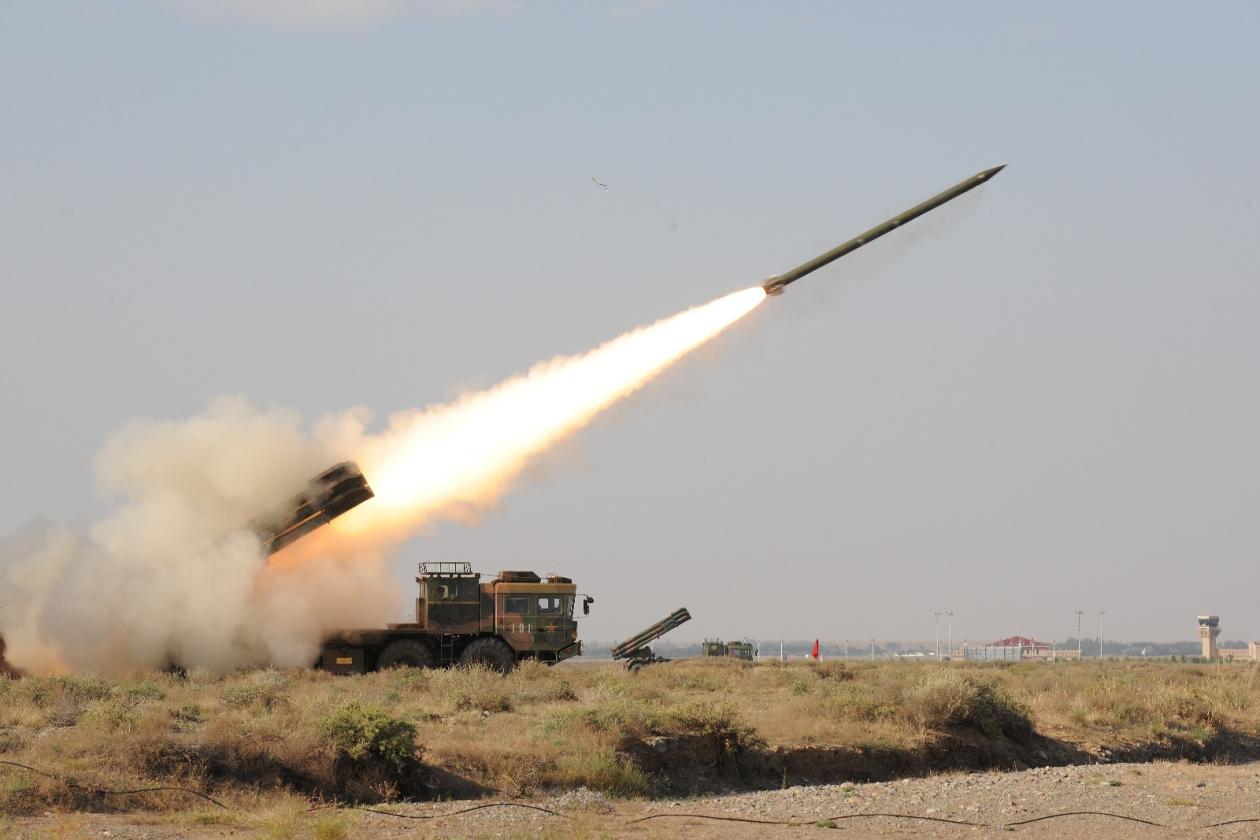 A U.S. Navy Carrier Strike Group has arrived in the Pacific in a show of force as U.S.-China tensions rise, China conducts a massive military exercise and U.S. warships sail within 12 miles of territory claimed by China.

The arrival of the USS Theodore Roosevelt Carrier Strike Group in the region comes shortly after the USS Mustin, a U.S. Navy destroyer, sailed within 12 miles of a Chinese-claimed artificial island chain as part of ongoing U.S. Freedom of Navigation (FONOPs) exercises.

Although South China Sea territorial disputes have been lingering beneath the radar amid growing tensions with North Korea, U.S. military officials confirmed to Warrior Maven that the Freedom of Navigation exercise did take place – and that the issue of China’s “excessive maritime claims” has by no means gone away.

Navy officials were clear to describe the carrier group deployment as part of normal routine operations and not specifically tied to tensions in the region in any way. However, both the carrier group arrival and the U.S. FONOP are taking place within the broader context of continued U.S.-China disagreements over island structures and territories in the South China Sea.

Navy official described U.S. operations in the area and the new carrier-strike group deployment as part of a normal “variety of operations around the globe, regardless of current events.”At the same time, China’s provocative actions have not gone unnoticed and the Pentagon has consistently said the U.S. is committed to demonstrating that U.S. forces can fly, sail and operate anywhere in the world according to international law.

“FONOPs are not about any one country, nor are they about making political statements. The United States takes a strong position on protecting the rights, freedoms and lawful uses of the sea and airspace guaranteed to all countries and that all maritime claims must comply with international law as reflected in the Law of the Sea Convention,” Lt. Cmdr. Nicole Schwegman, Navy Pacific Fleet official, told Warrior Maven in a statement.Following the FONOP, the Chinese Navy conducted a large-scale multi-ship “live-fire” demonstration near the disputed South China Sea shortly after the USS Mustin’s sailed within the 12-mile limit of the Chinese-claimed territory.

“Its aim is to test the training capabilities of the PLA and enhance their training capabilities,” Ren Guoqiang said according to the report (South China Morning Post). “It is also aimed at improving the war-fighting capabilities of the whole military.”Freedom of Navigation Operations are following years of escalating tensions between China and the U.S. U.S. Navy P-8 surveillance plane footage of Chinese “land reclamation” or “artificial island building,” Pentagon confirmation of Chinese missiles placed in the region and reports of Chinese fighter jets passing through contested areas – are all points of tension and possible US-China conflict flashpoints which still inform the South China Sea dynamic.

In fact, senior Pentagon officials have told Warrior Maven that there has been some internal discussion about whether the US military should place some of its own weapons in the region, such as land-mobile artillery.The area is question is a group of highly disputed islands south of China in the South China Sea called the Spratly Islands. The small islands in the area, some of which are claimed by China, Vietnam, the Philippines, Malaysia and Taiwan, are rich in resources and of strategic geographical importance in the Pacific region.

Pentagon officials have widely criticized an ongoing Chinese effort to erect artificial structures nearby or on top of its claimed island territories in the Spratly Islands. Called “land reclamation” by the Pentagon, the activity has added more than 2,000 acres to island territories claimed by China.According to a United Nations Convention on the Law of the Sea, an international treaty supported by but not yet formally joined by the U.S., 12-miles off the coast of a given territory is considered to be sovereign waters owned by the respective country.

The ongoing “land reclamation” by China in the area appears to be a rather transparent attempt by China to reinforce and bolster extended territorial claims in the South China Sea.However, the Law of the Sea Convention does not recognize artificial or man-made structures and legitimate island territories to be claimed. Therefore, the U.S and its Pacific allies do not support or agree with China’s aggressive territorial claims. In fact, citing the definition of islands articulated in the Law of the Sea Convention, Pentagon officials do not recognize the artificial structures as islands – but instead refer to the effort as “land reclamation.”

Under the U.N. Law of the Sea convention, negotiated in the 1980s and updated in the 1990s, an island is defined as a “naturally formed area of land above the water at high tide.” Also, article 60 of the U.N. Convention says “artificial islands are not entitled to territorial seas.”