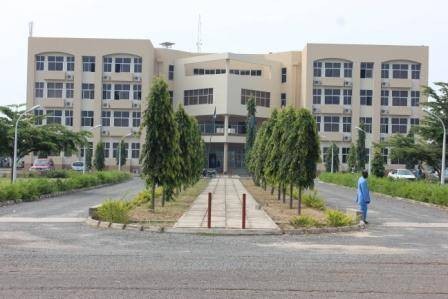 The Director of Works at Abubakar Tafawa Balewa University (ATBU), Bauchi, Engr. Hassan Sabo, has described the allegations of corruption levied against him by some suspected detractors of his rising profile as base, unfounded and malicious.

Speaking to journalists in Bauchi, Engr. Sabo stated that it was the same disgruntled characters within and outside the university that fruitless attempted to frustrate his efforts in serving the institution with dexterity and passion in 2015 that have now regrouped for the same hatchet plan under the sponsorship of an outsider who is so desperate to replace him after his mandatory tenure that can be renewed if need be.

“The issues raised in the petition are baseless and originated from my detractors that are ignorant of how government operates. All processes are in the open; we always liaise and invite Civil Society Organizations, journalists and other interested groups to witness our operational processes in the award of contracts.

“In ATBU, there is no skeleton in the cupboard hidden from public view and scrutiny. We are transparent and operate within the rules to avoid any suspicious, ignorance or allegation from members of the public.

“Contracts of any kind are not awarded by any single individual including consultancy services in ATBU but, is a collective responsibility of those concerned that include my humble self while task of supervising all awarded ongoing contracts rests on my shoulder as a mandatory of the office I occupy. I have in the past attended to several baseless allegations that emanated from the ignorant and mischief makers that see nothing good in what is done to project and protect the image of the institution

“My attention was drawn to another round of fruitless effort to pull me down by my detractors using credible media platforms to trade their mischief. I was not bothered by the strength of the allegations because my conscience is clear and I have nothing to hide and I remain a proud management staff of the institution that blocked some leakages that has turned to be my albatross

“I had wanted to reply the petition verbatim for record purpose and to educate the ignorant on the modus operandi obtainable at ATBU related to award of contracts etc, but for fear of honoring those mischief makers and rating me on same page with them, I chose to remain silent with my integrity intact and clear conscience

“The issue raised of incompetence is laughable because no person can deny the fact that I am a trained engineer with several years of field experience. Despite the latest mischief, we shall continue to do the needful and the rightful within the operational guidelines” he said