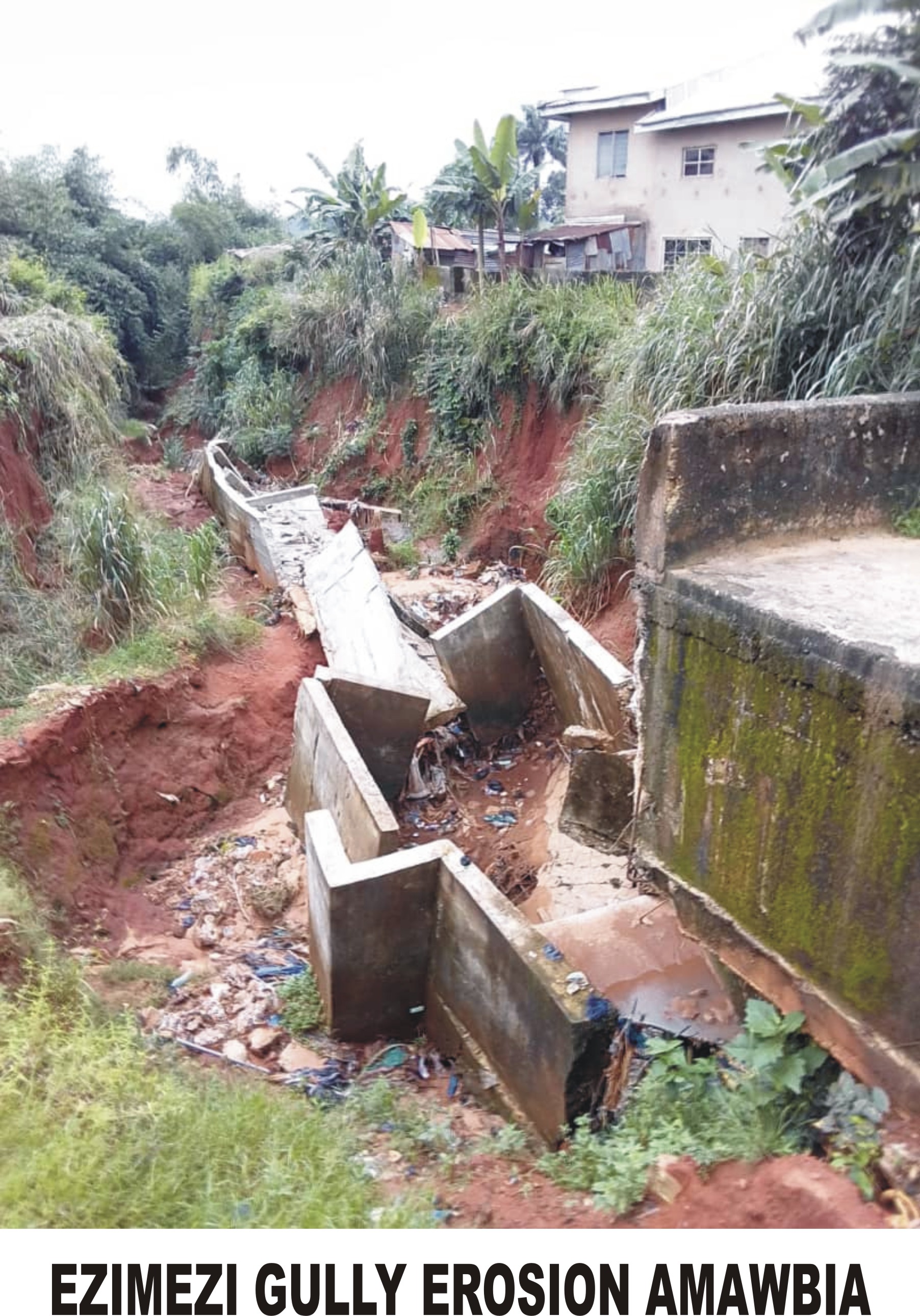 Over three hundred families have been sacked by the gully erosion

occasioned by flood disaster in six villages of Amawbia Community in

from the neighboring, Nise, Nibo, Umuokpu and Agukwu Nnri towns have

stopped about four thousand school children from going to school while

two escaped from being washed away by flood.

According to the Director Community Environmental Media Awareness

state government before the entire community is sacked”.

“Also affected by the erosion include, Union secondary school, Kabe

College, May Rose Hotel as the link roads to those public facilities

have become inaccessible by motorists and other road users in Adebebe

was said to be away on an oversight function.

The Adebebe road construction was commenced three days to the conduct

of state Assembly elections only to be abandoned after the election

When schools resumed yesterday no fewer that four thousand pupils and

students could not return to their schools as vehicular movements have

become impossible and school children had to carry their boxes across

Also farm lands and buildings under construction along Adebebe-Nise

them into the Obibia River in the area.

intervention of workers at a building site to save the situation.

According to one of the children Miss Tochi Nwanna 16yrs old, “we were

the flood and when I tried to hold him, I did not know how I fell in

working in that building came and helped us” she said.

When contacted the duo of the Principal, Secretary to the Anambra

Uduh all sons of Amawbia Community directed reporters to the ministry 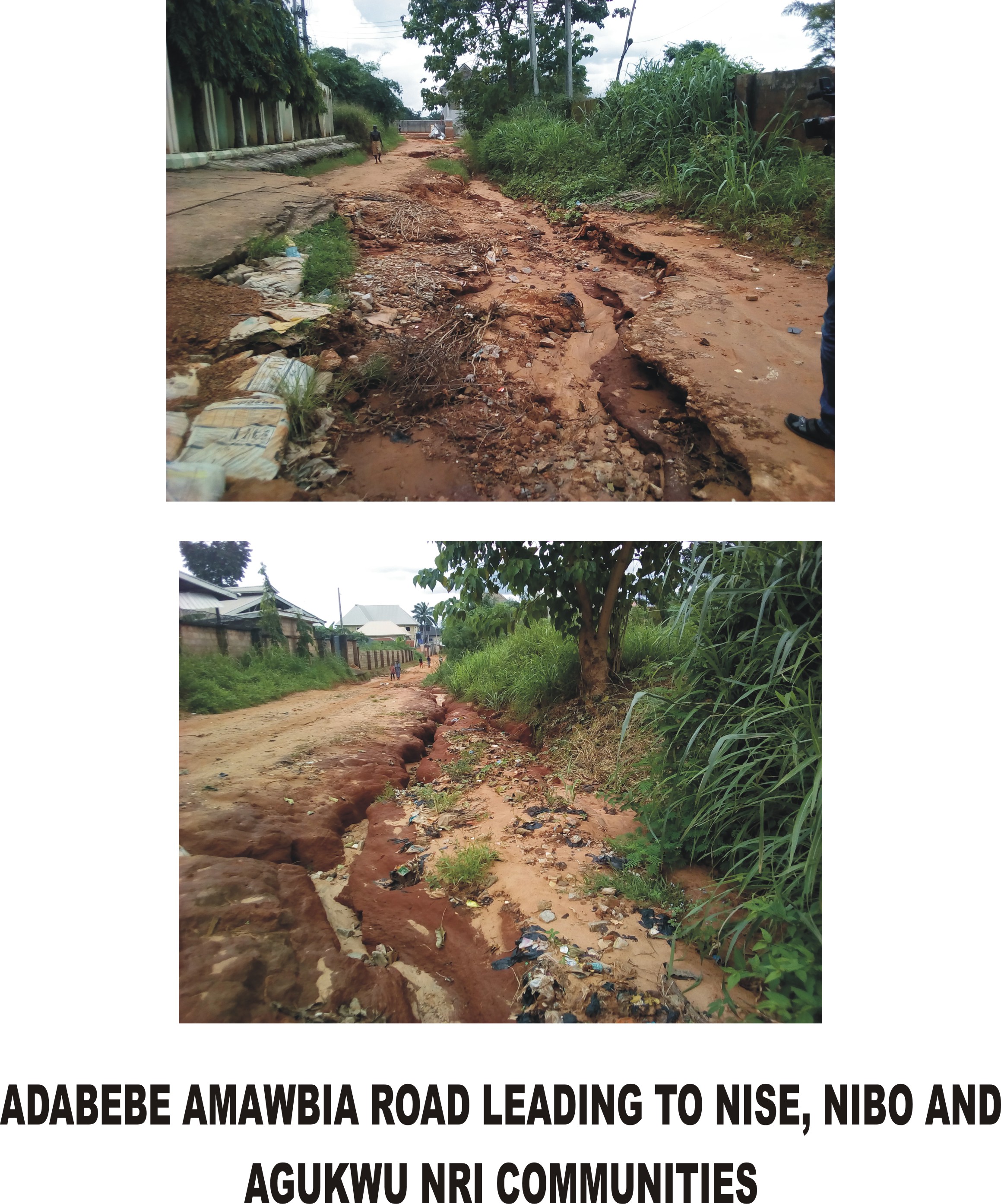 Efforts to reach the National Chairman of the All Progressives Grand

abortive as he did not pick his calls.

Speaking with reports yesterday, the Chief Executive Officer of TICON

facing this type of problem. Just imagine what is going on here. This

road takes you to Nise, Agulu, Agukwu Nri down to Nanka and

governor, they will come and do one magic and claim to have flaged off

the road only to abandon it after the election”.

“Even electric Power Supply is almost non existent. We only enjoy

power supply once every week and that is from 2am to 4am weekly. With

the types of rain fall this September, only God Almighty can save us

Also speaking the former chairman of the Nigerian Union of Journalist

been ravaged by gully erosion said.

Construction Firm and what they have done leaves much to be desired.

works are hanging and would soon give way.

ever visited this town to know what we are facing” he said.

environmental degradation without the assistance of government”

“As its stands now, the community is closed to enjoying the same

topography with other erosion ravaged communities in Anambra State”