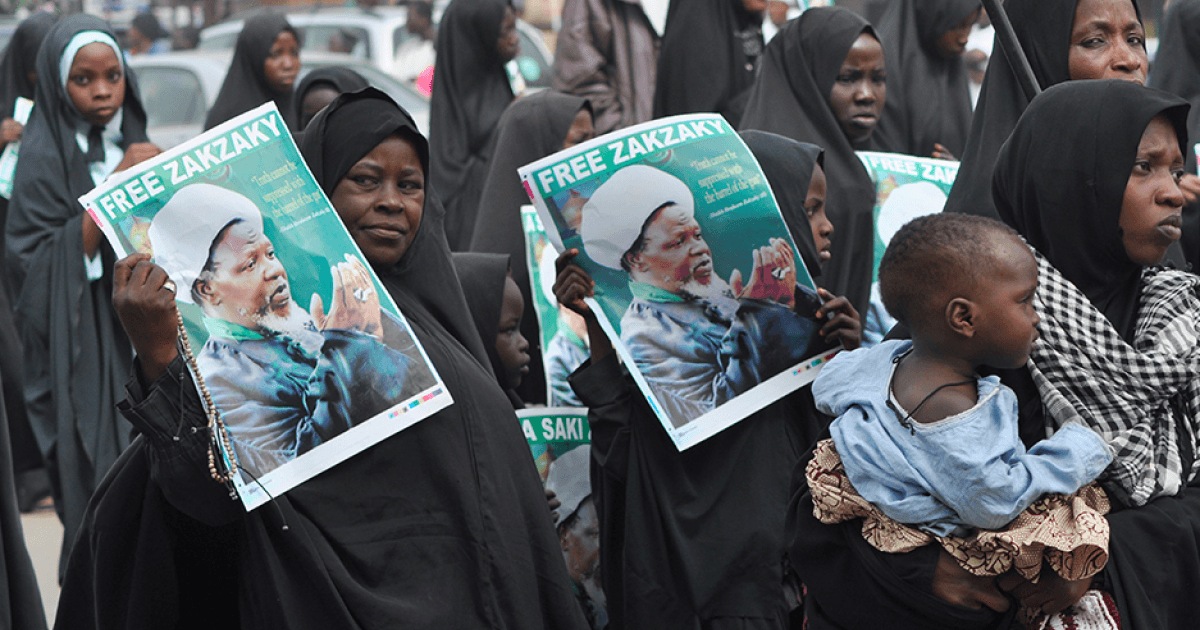 The leader of the Shia movement in Nigeria under the umbrella of the Islamic Movement of Nigeria [IMN], Sheik Zakzaky has expressed interest in travelling to seek medical attention following the failed trip to Indian where the Islamic leader claimed sabotage by the Buhari administration.

The spokesman for the Islamic movement, Ibrahim Musa told 247ureports.com that the leader of the IMN has expressed interest in going to Turkey, Malaysia or Indonesia for medical treatment rather than Iran as popularly believed by spectators who thought Zakzaky had preference for Iran.

It was confirmed that plans are in the works to move the Islamic leader to one of the three countries. “The process is moving slowly now” says Ibrahim Musa who indicated the process has started and will soon reach completion.

The spokesman denied that the process was being frustrated by the Bihari administration or the Kaduna State Governor. “We don’t have evidence of that”.

The leader of the Islamic Movement in Nigeria, as can be recalled has suffered untold persecution under the current administration. Available statistic indicate over 515 members of the Shia movement under Zakzaky have been murdered by the Nigerian security architecture within one year span over protests by Shia youths demanding for the release of Zakzaky.

On Friday 25 July 2014, the Nigerian Army reportedly fatally shot 35 followers of Ibrahim Zakzaky, including three of his sons, after a pro-Palestinian procession in Zaria. The UK Islamic Human Rights Commission published the report Zaria Massacres and the Role of the Military in October 2014.

Sheikh al-Zakzaky was injured and arrested along with his wife, in the 2015 Zaria massacre, in which three of his remaining sons, as well as hundreds of his followers, were killed by the Nigerian Army.

According to the judgment of the high court of Nigeria on 2 December 2016, Ibrahim El Zakzaky was ordered to be released from Department of State Services [DSS] detention into police custody within 45 days. El Zakzaky and his wife were to be paid the sum of 50 million Naira in compensation. The judge announced that the justification of “holding him for his own protection” is not sufficient. 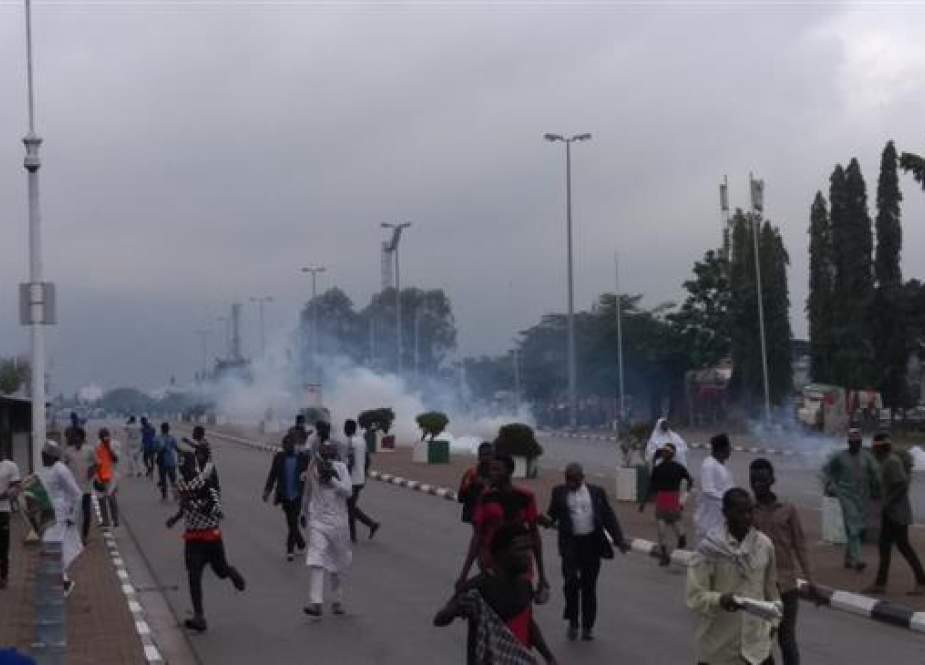 On January 16, 2017, Amnesty International demanded that the “Nigerian authorities must immediately comply with a High Court order and release Ibrahim El-Zakzaky and his wife from detention.”

On January 13, 2018, Zakzaky, detained at an unknown location without charges since December 2015, made a short public appearance, his first in two years, being allowed to see his doctor.

On January 22nd, 2019, Zakzaky and his wife, Zeenat head to the Kaduna High Court for hearing on the bail application. They were guarded by heavily armed operatives as they made their way into the court.

On July 2019, in order to demand the release of Ibrahim el-Zakzaky, hundreds of people gathered outside government buildings and policemen tried to disperse them by using gunshots and tear gas. During the clash, two people died and 40 protesters were arrested by police.

The Islamic Movement of Nigeria indicated the protests will continue until they secure the release of el-Zakzaky because he suffered another stroke on Monday and it is needed urgently for him to be flown abroad for medical treatment. As Abdullahi Murtala, a security analyst said, “Shia Muslims are emboldened by the perceived injustice of an ‘immoral state’ and will continue their protest and show of defiance against the Buhari government”.

Another clash with Nigerian police on 22 July claimed many lives both of the Shi’tes, police officers and a young reporter, Precious Owolabi under NYSC. A Deputy Commissioner of Police also lost his life during the clash.

President Muhammadu Buhari-led government proscribed the sect as illegal movement in Nigeria after meeting with service chiefs over the clash.

The proscription of group did not stop the group from continuing to protest.