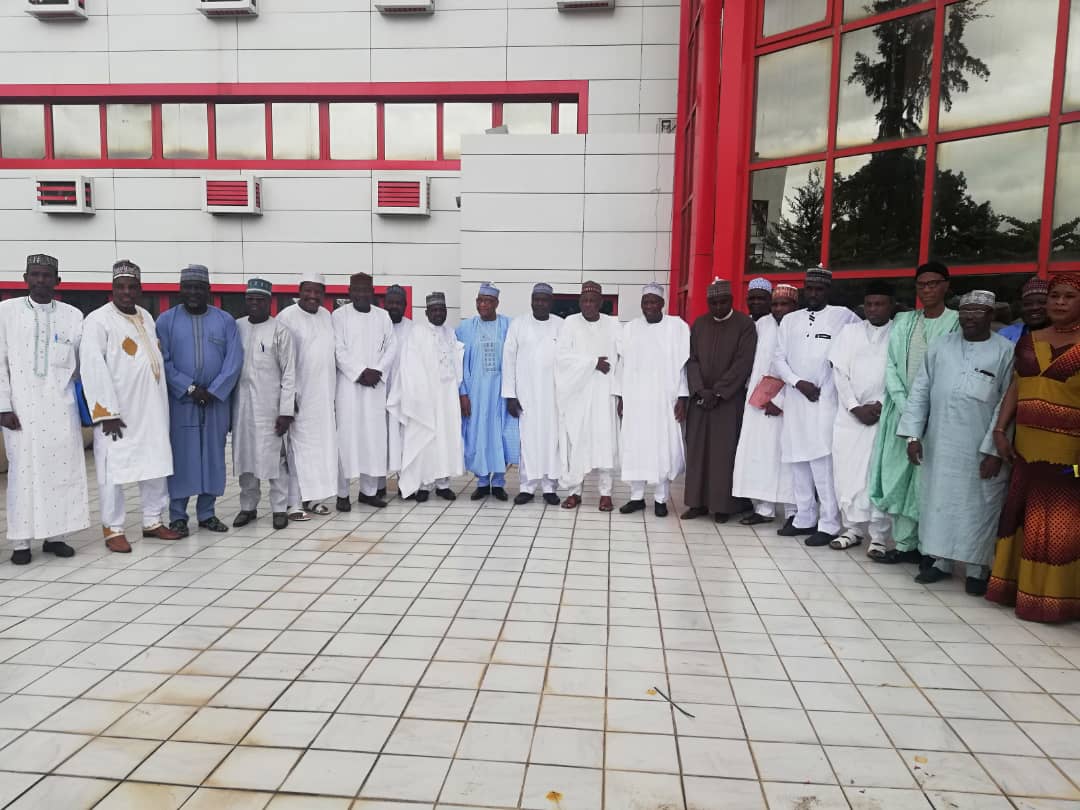 As impressive and workable it appears, the resolve by governor Abdullahi Umar Ganduje of Kano state to remodel Almajiri system of education, with the view to strengthening Almajiris to become self-reliant for their overall development, has gained the needed support from the Universal Basic Education Commission (UBEC).

This was disclosed by the Executive Secretary of the Commission Dr Hamid Bobboyi, when the governor paid him a special courtesy call at UBEC Headquarters in Abuja, Friday, assuring that the Commission would try hard to see that Kano succeed in this resolve.

According to the Executive Secretary, “What your state is intending to do Your Excellency, is also part of the cardinal principles of President Muhammadu Buhari administration in the area of developing our younger ones to be enterprising, self-reliant and more productive to the society. For the overall national development.”

“As we are supporting Kano state government for this unmatched development, we are at the same time informing you that, this is an all-important federal government policy. Ours is to, therefore, commend you for this,” Dr Bobboyi encourages.

The Executive Secretary hopes that other states should copy from Kano, as a way of strengthening modalities and strategies for genuine human development, starting from the younger ones, insisting that, “…this will go a long way in making sure that all segments of our population are assets for the nation’s growth and development.”

In his response, governor Ganduje, after commending the UBEC Boss, assured that the project was conceptualised to succeed. Ensuring that, the Almajiri schools would, after the take-off of the project, would continue to be one of the critical centres of attraction when planning for development comes to the fore at all levels of government.

While arguing that some are even from the neighbouring countries of Niger Republic, Chad and some parts of Cameroon, he observed that, “The cosmopolitan nature of Kano, as a state could be a reason for this high concentration of these Almajiris.

You know Kano, as a commercial nerve centre of the North, and indeed, of some neighbouring West African countries. What we need is good policy to manage and deal with the situation head on for the benefit of all. Both worldly and spiritually.”

Hence the inclusion of experts in Qur’anic studies, like Gwani Yahuza Gwani Dan Zarga, and other critical stakeholders, as Ganduje postulates.

Emphasising that “We are coming up with a good and extremely workable strategy that would improve our Almajiri schools to comply with what is obtained in other Muslim countries. And to also achieve the same or higher results. This is our intention and our target.”

Since inauguration, the Almajiri Remodelling Committee, under Dr Muhammad Tahar Adam, has been working tirelessly to bring to the table workable strategy for the development of Almajiri schools in compliance with global best practice as being witnessed in other Muslim countries.

If the programme takes off successfully, it would drastically reduce street begging, if not putting a halt to it. When other ways would be provided to cater for the economic activities of those involved, for the overall development of the state in particular and the nation in general.