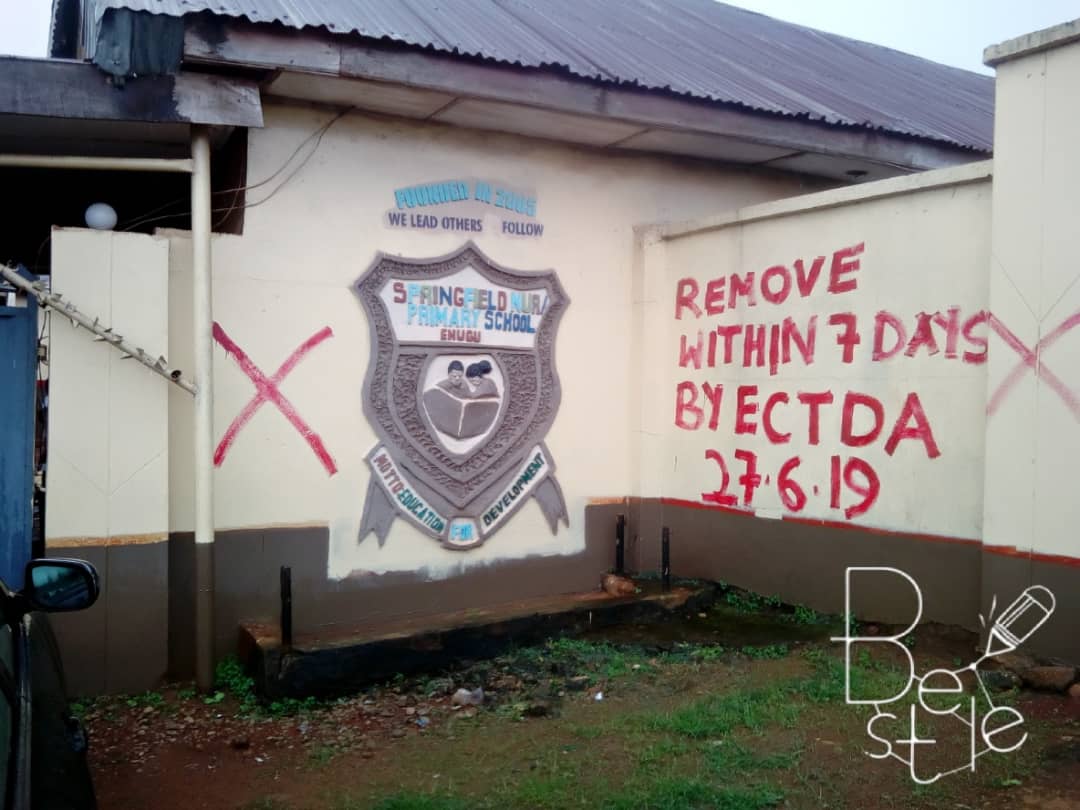 Following the demolition notice by the Enugu state government to property owners at Orie Emene market in Enugu East local government area of the state, pupils of the affected schools weekend appealed to Governor Ifeanyi Ugwuanyi to use his good offices to resettle them.  Some of the affected schools are Springfield Nursery/Primary School, Baptist School, and Central School, Emene.

One of them, Chinedu Eze, said, “The intended demolition is to make the Akanu Ibiam International Airport safe. But we want the governor to resettle our schools. We love our school because it is the best in the state. Our teachers are good.”

Another pupil, Charles Onu, said, “We don’t want to go to another school. So, let the governor resettle us, especially now that we are going on a long vacation.”

According to a teacher, on condition of anonymity, “Currently we are apprehensive. We have nowhere to go. Our jobs are under threat. We need the governor’s help. He is a caring governor, and I know he will help us. The demolition is for the safety of the airport.” Investigations show the affected schools have over 500 pupils with about thirty employees.

It would be recalled that property around the market were declared flight risk by the Federal Aviation Authority of Nigeria, which prompted the state government to issue a demolition notice to the affected property, including schools, shops, residences, churches, and a filling station. The governor had during a visit by the affected victims expressed regrets over the development, and called on them to remain hopeful and prayerful. According to the order, the demolition would begin this week.

In the spiritual realm, I saw Nigeria divided into 3 – Bishop Udeh