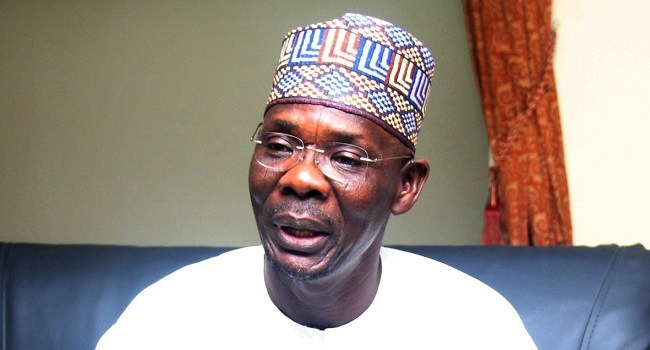 Gov.Abdullahi Sule of Nasarawa State has justified the appointment of Mr Aliyu Tijjani-Ahmed as the Secretrary to the State Government (SSG).

He explained that the appointment of Tijjani-Ahmed was based on his competence and track records.

Sule offered the clarification on Saturday in Nasarawa at a reception in honour of the  SSG organised by his friends and associates.

The News Agency of Nigeria (NAN) reports that the reception was also organised in honour of the governor and Sen. Tanko Al-Makura for appointing Tijjani-Ahmed as SSG and for Al-Makura’s developmental strides in the area.

Sule, who urged the people of the state to see the SSG’s appointment as the will of God, also enjoined them to dispel rumours that he had taken directive from somewhere over the appointment.

“With my experience, I know who is competent to handle a particular job.

“The appointment of my SSG is based on competence, loyalty and experience, among other good qualities.

“When he was in the race of the senate to represent Nasarawa West, in the interest of the party, they told him to step down and he (SSG) stepped down honourably, ” he said.

Sule promised to focus on developmental politics in order to improve on the lives of the people of the state.

He added that his policies were geared toward employment generation so as to improve on the lives of the people of the state.

The governor called on the people of the state to support his administration in order to take the state to the next level of development.

They urged the state government to continue to deliver good polices and programmes that would improve the lives of its citizenry.

Earlier, Mr Sabo Ishak, the Chairman of the Organising Committee, said that the reception was organised in honour of Tijjani-Ahmed on his appointment.

“We saw the need to honour and specially thank his Excellency, Engr. Abdullahi A. Sule, for the singular honour done us by appointing our own as SSG.

“We also saw the need to honour Sen. Umaru Al-Makura, former governor of the state for the numerous developmental strides particularly in Nasarawa Local Government Area and Nasarawa state at large,” he said.

The chairman of the organising committee pledged their total support and loyalty to the state government.

NAN also reports that Sule, Al-Makura and Tijjani-Ahmed recieved awards of execellence during the reception.

Other dignitaries that graced the occasion included Sen. Walid Jibrin, Chairman, Board of Trustees, Peoples Democratic Party (PDP); National and state House of Assembly members, friends and well wishers of the awardees.