The Inspector General of Police (I-G), Mr Mohammed Adamu on Tuesday ordered 24 hours surveillance on the Federal Capital Territory (FCT) and its environs to forestall break down of law and order.

A statement by DCP Frank Mba, the Force Public Relations Officer (FPRO) in Abuja said the I-G gave the order following a violent protest by members of the El-Zakzakky Group in Abuja.

Adamu said the protest by the group at the National Assembly led to assault and injury to Police personnel on lawful duty as well as willful damage to public properties.

“The Commissioners of Police and their supervisory Assistant Inspectors General of Police in States contiguous to the FCT are also placed on the alert to ensure maximum security.

“While noting that the force is not against citizens expressing their grouse against the state, the I-G stressed that such ventilations must be done through legitimate and acceptable processes.

“The I-G, therefore, warned that citizens should not test the collective will of the people and the state by engaging in lawless acts likely to cause the breach of the peace,” he said. 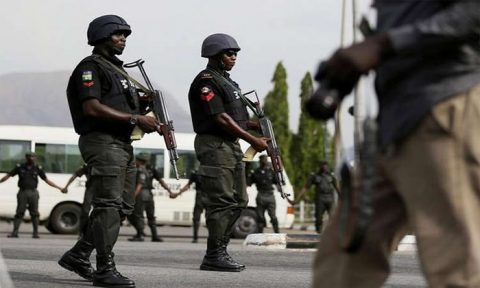 Adamu had ordered a speedy and diligent investigation into the incident as well as prompt prosecution of all the persons arrested in connection with the incident.

The I-G expressed displeasure over the attack and injury inflicted on nine Police Officers by members of the El-Zakzakky Group.

He commended the restraint, maturity and professionalism displayed by police personnel in containing the protest.

He, therefore, directed the Assistant Inspector General of Police (AIG) in charge of Police Medical Department to ensure proper medical treatment for the injured officers.